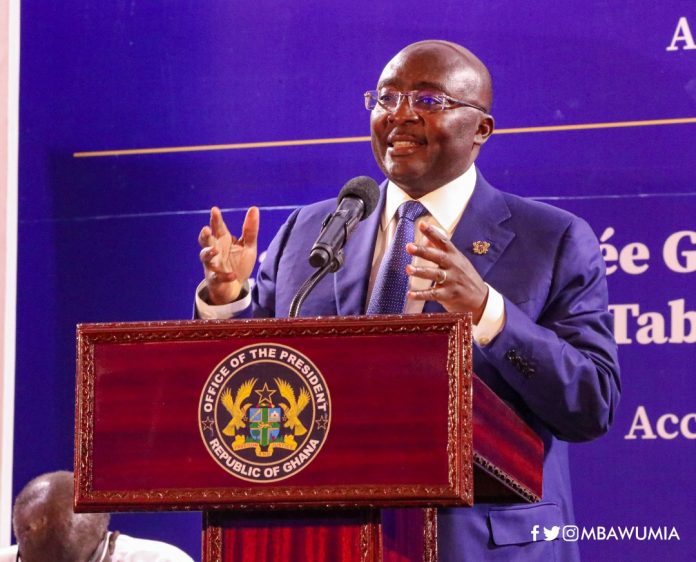 African governments have been urged to collaborate and implement a common strategy towards mitigating the destabilization and destruction wrought on the continent’s economies by the combined effects of the COVID-19 pandemic and the Russia-Ukraine conflict.

Adopting a common approach with the ultimate aim of reducing dependency and becoming self-sufficient would not only help the continent weather the current storm, but also prepare her for any such upheavals in the future, the Vice President, Dr Mahamudu Bawumia has asserted.

Speaking at the 22nd Annual General Meeting of the African Trade Insurance Agency in Accra on Thursday, June 23, 2022, Vice President Bawumia emphasised that the structure of the global economy was changing, with countries and continents focusing on internal ways to address challenges, and Africa risked being left at the mercy of other global players more interested in the well-being of their own citizens.

“In Africa, given the relatively small sizes of our economies, there is a strong case for adopting common regional and continent-wide approaches to navigating present challenges. Regional co-operation will help us to exploit the synergies that exist in our countries and speed up our integration into the globalized economy.

“Regional economic integration will not only help our countries access the expanded regional market within but will also facilitate global competitiveness. It cannot be overemphasized that the continent needs to play an increasing role in the global economy so as to maximize on the opportunities available from the interconnected world economy,” the Vice President stated.

Recalling that the world economy has grappled with a series of economic shocks and uncertainty in the last decade – from the economic recession of 2008-09, to the commodity crisis in 2014/2015, then to the 2020 COVID-19 pandemic and now the Russia-Ukraine conflict, Vice President Bawumia said the present difficulties were already reversing the modest gains made so far, and called for greater cooperation to take advantage of the African Continental Free Trade Agreement Area (AfCFTA) and other initiatives.

“The cumulative impacts of this pandemic and the Russia-Ukraine conflict have been quite severe and are threatening to roll back the economic gains of Africa, with the continent’s real GDP for 2022 expected to decelerate to 4.1% according to the AfDB’s African Economic Outlook report. This is significantly lower than the 2021 growth rate of 7.1%.

“The pandemic and the conflict have equally disrupted the supply chain of traded commodities including fertilizers, which is largely sourced from Russia, causing prices of oil and commodities such as fertilizers to increase,” he noted.

Adopting a common approach to solve continent-wide challenges is the way to go, Dr Bawumia maintained.

“Africa needs to, not only create, and sustain conditions that are conducive to increased trade and investments, but we also need to remove structural impediments that stand in the way of private enterprises, to pave way for higher and sustainable economic growth over the long-term.

“If Africa works together in this direction, we will gain more time and mileage in reducing reliance upon external markets for our socio-economic development, and in enhancing value addition of our resources. For example, I believe that in the context of our co-operation, the continent can develop internal capacities to enable it to produce enough food. We have the land, we have the climate and I believe that if we put our hands and minds to it, we could be net exporters of food in the near future.”

Source: Office of the Vice Prez|Onuaonline.com|Ghana