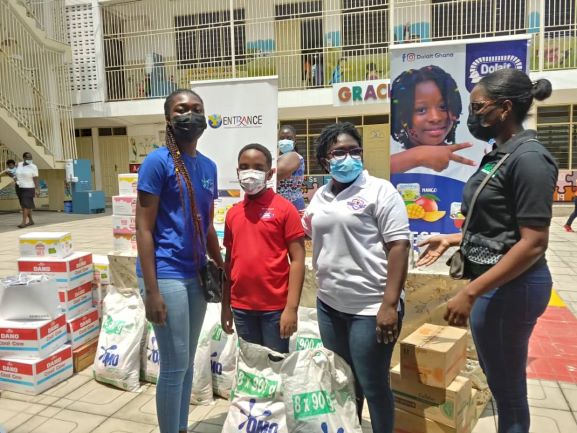 Child Online Africa, an organization working to ensure the digital rights protection of children, has said the commercialization, profiling of young Oswald is regrettable

The NGO said in a statement on Monday August 2 that they express delight and appreciation to well-wishers and philanthropists who concertedly spent some time last time last week, sharing words of encouragement and also showing other forms of good will and gestures to young Oswald for his heartwarming message to his mother prioritizing the gift for Mrs. Ernestina Appiah in a letter which later became a sensation to Ghanaians both offline and on Social media.

“As an organization that is concerned about the rights and wellbeing of children online, we have no qualms with Ghanaians leveraging on digital platforms in sending goodwill messages to this brilliant boy who deserves every bit of the gifts showered on him during his dream come through “Our day”.

“Unfortunately , Child Online Africa has noticed an unhealthy trend and attempt by some private enterprises to commercialize the profile of young Oswald ostensibly for profit and other peculiar gains.

“This act is regrettable and goes against the fundamental rights of the child for which some provisions within domestic laws as well as in the United Nations Convention On the Rights of the Child General comment No.25 Section 42 requests that “States parties should prohibit by law the profiling or targeting of children of any age for commercial purposes on the basis of a digital record of their actual or inferred characteristics, including group or collective data, targeting by association or affinity profiling. “

The statement added “Practices that rely on neuromarketing, emotional analytics, immersive advertising and advertising in virtual and augmented reality environments to promote products, applications and services should also be prohibited from engagement directly or indirectly with children.

“We do not intend to name and shame any organization which we have found culpable in this act, especially as their support for young Oswald was in good faith.

“COA’s statement should serve as a reminder to all of us that the rights of the child in the digital environment ought to be respected and protected. “

Meanwhile Oswald has donated some of the items he received during his celebration to an orphanage.