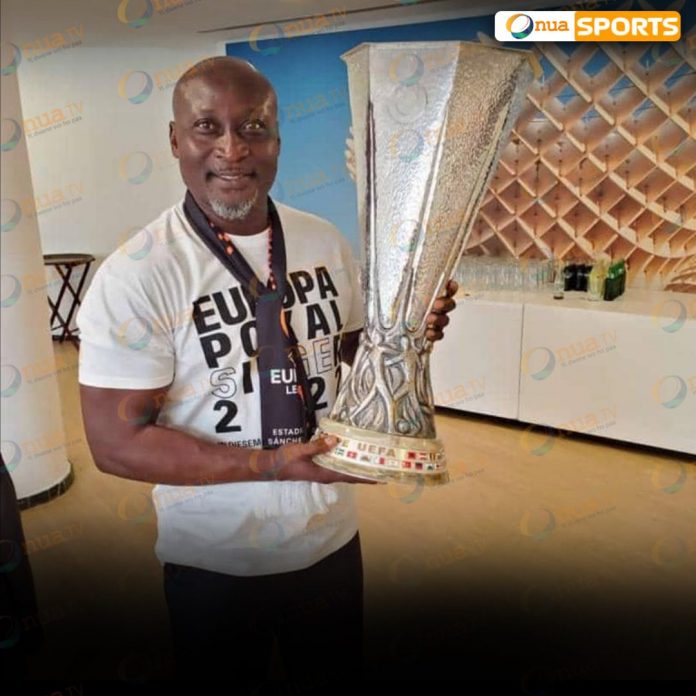 The former Ghana international was in Seville and was overjoyed when Eintracht Frankfurt defeated Rangers to win the trophy.

Rangers had taken the lead in the second half of the final through Joe Aribo, but were pegged back by Rafael Borre’s equaliser 12 minutes later.

After a 1-1 draw after 90 minutes and extra time, the game went to a shootout where Aaron Ramsey saw his effort saved by Kevin Trapp and Raphael Borre buried the decisive kick.

Yeboah was in the Frankfurt locker room following the game, where he lifted the trophy.

Prior to Frankfurt’s semi-final second leg match against West Ham, Yeboah was interviewed by German newspaper BILD about his record of scoring the most European goals for Frankfurt.

“I didn’t even know I had such a record,” he told BILD.

Frankfurt fans hold Yeboah in high regard for his enormous contribution to the club during his playing days. He won Bundesliga top scorer in 1993 and 1994.