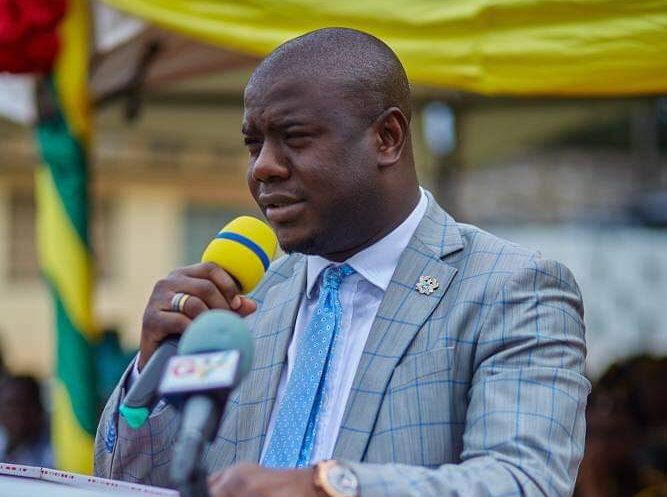 The Member of Parliament for Yendi Constituency, Alhaji Farouk Aliu Mahama, has had his share of appointment in the second term of President Nana Addo Dankwa Akufo-Addo.

“I am still constituting my government and Yaa-Naa I want to assure you that your son, Farouk Aliu Mahama, will be appointed by me as the board chair for the Ghana Integrated Iron and Steel Development Corporation to replace my good friend late Prince Imoru Andani, who served in that capacity.”

President Akufo-Addo also applauded the efforts of the MP for the projects he has undertaken in the Constituency so far.

Responding to an appeal by the king of Dagbon, Ndan Yaa-Naa Abukari II, on the need for government to fast-track the construction of the Yendi Water Project, the President gave the assurance work on the $30 million project will soon commence.

“I can understand how you feel about the Yendi water crisis but Yaa-Naa let me assure you that work will soon begin on the Yendi Water Project.”

President Akufo-Addo also promised work on the infrastructure requirement for the commencement of the Yendi Campus of the University for Development Studies (UDS) will be completed before the end of his second term.

Planting for Food and Jobs’ fertilizer

On the availability of government’s subsidized fertilizer for farmers under the Planting for Food and jobs, President Akufo-Addo assured farmers that the Ministry of Food and Agriculture will make available more fertilizers for farmers to ensure food security.

Your father served Ghana well, you are his perfect replacement – Prez to Yendi MP Farouk