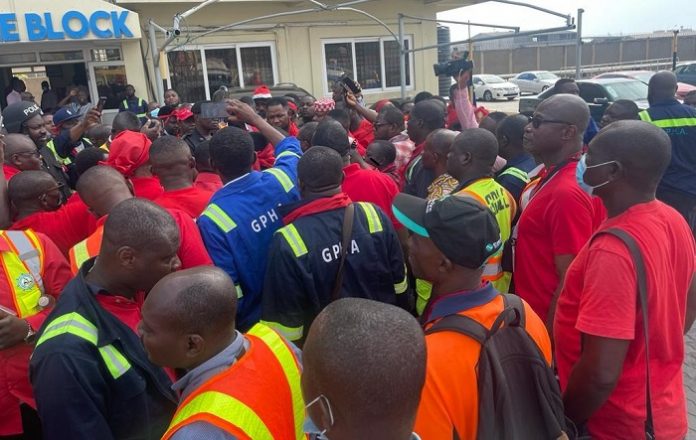 A staff of the Ghana Ports and Harbours Authority (GPHA) has been rushed to the hospital after some demonstrating harbour workers were assaulted by the police.

Meanwhile, leadership of the union are locked up in a meeting over their next line of action.

The workers have been agitating since Tuesday in demand of a ceding 20% container business to GPHA from the Merridian Ports Services Ltd.

According to eyewitness, an attempt to continue the agitations into the night was met with resistance by the police who forcefully drove out the workers resulting in some persons injured and one of them seeking medical attention.

The strike meanwhile has entered its third day.

Leadership of the Local Union are currently locked in a meeting to decide their next line of action.