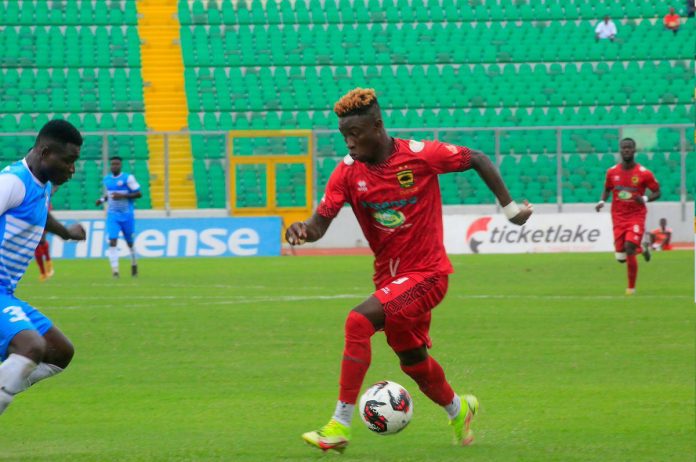 Kotoko were expected to extend their lead at the top, and they became overwhelming favourites after the halftime break when Chelsea were reduced to 10 men.

In the 67th minute, Owusu Osei was sent off for a poor challenge.

But Chelsea scored with 10 minutes remaining, negating the numerical disadvantage.

Obeng won a shoulder-to-shoulder duel and then curled the ball over goalkeeper Danlad Ibrahim into the net to give Chelsea the lead.

The Blues held on for their first win over Kotoko since 2020, keeping Kotoko’s lead at the top at just six points.

Elmina Sharks fell 3-1 to AshantiGold at home, putting them one step closer to relegation. The Miners overcame their off-field issues, having been demoted to Division Two League due to match-fixing, to win convincingly in Elmina.

BibianiG Gold Stars recorded another home win as they beat Real Tamale United 2-0. Dreams and WAFA shared the spoils, meaning coach Ignatius Osei-Fosu is still without a win since taking charge of Dreams.