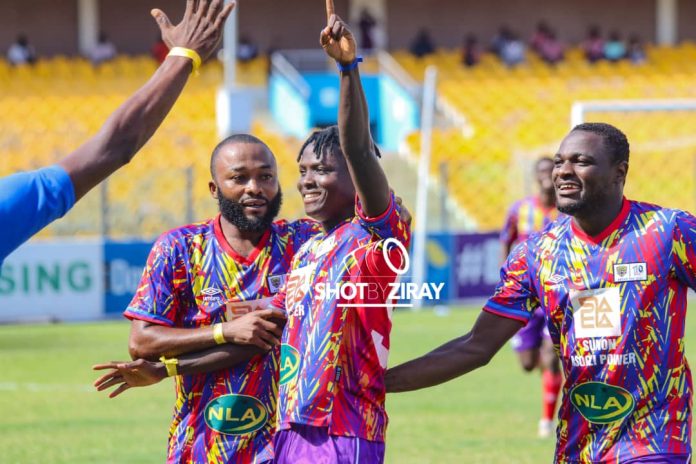 Samuel Boadu had 16 players available after a strange disease struck the Hearts of Oak camp, causing many players to be hospitalized 48 hours before the match.

Experienced duo Sulley Muntari and Inkoom were among the 16, with the latter scoring the decisive goal in the 11th minute to secure the Phobians’ victory.

The victory moves Hearts of Oak up to third place, increasing their chances of finishing in the top four.

WAFA’s survival hopes suffered a huge blow as they were beaten by Accra Lions by a solitary goal in Sogakope. WAFA, who finished second last season, are five points from safety with five games remaining.

Aduana Stars’ poor run continued with a goalless draw at home against bottom-placed Elmina Sharks. As a result, Aduana have dropped out of the top four.

King Faisal moved out of the relegation zone with a hard-fought win over Eleven Wonders, Karela United defeated Great Olympics, and Legon Cities earned a 2-1 win over Legon Cities.