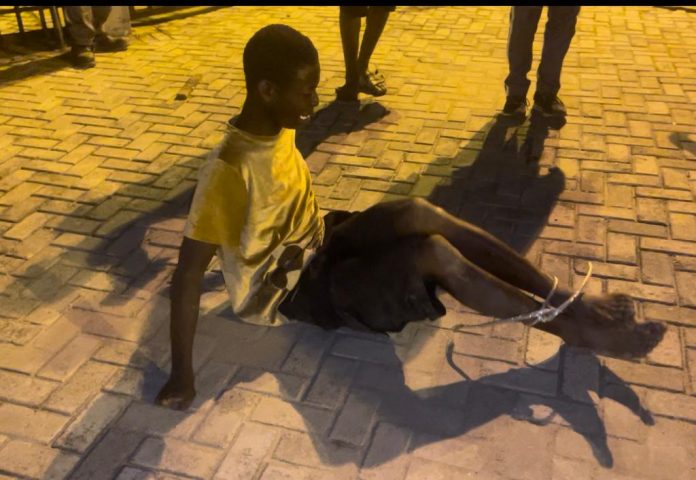 Western Region Public Relations Officer of the Electricity Company of Ghana (ECG) Benjamin Quarcoo has warned the company will continue to vigorously pursue persons who have been targeting and stealing their installations, till the last one is caught.

“If they have decided to cause problems for us, then they should be ready. We will not relent in our efforts to ensure that the last one of them is caught. We will also take personal interest to ensure that they are duly punished in accordance with the laws of the country.”

His comments come on the heels of an arrest made last Sunday at the company’s Station B opposite the Takoradi cemetery. It will be the second theft case they have recorded in three days.

Thieves had on Saturday evening gone to the Station B to cut and steal several electrical components belonging to the company. The next Sunday, they came back to “finish the job”.

Unfortunately, luck eluded one of the thieves as he was caught by some residents who had heard about the Saturday robbery and have since been vigilant.

“According to those who caught the guy, ever since the last theft case, they have been vigilant. So, Sunday evening at about 7:00pm they saw some young men scale the wall of Station B into the yard. They became alarmed. They monitored them and saw them working on some conductors with pliers. So, they went after them. They were able to catch one of them. The rest managed to escape.”

According to Mr. Quarcoo, “the young men decided to play the watchover role because according to them, they have learned that these theft cases are contributing to the localised outages. And they say, it is affecting their appliances”.

Mr. Quarcoo applauded the young men who caught the thief and called for more of such vigilance to help arrest persons who are stealing from ECG.

“We are happy with how the public is helping us in arresting these unpatriotic members of society. We are encouraged to renew and sustain our efforts. The public should know that these theft cases affect all of us and must continue to offer the necessary assistance to arrest these thieves. And we are sure the localised outages, due to theft cases, will reduce.”