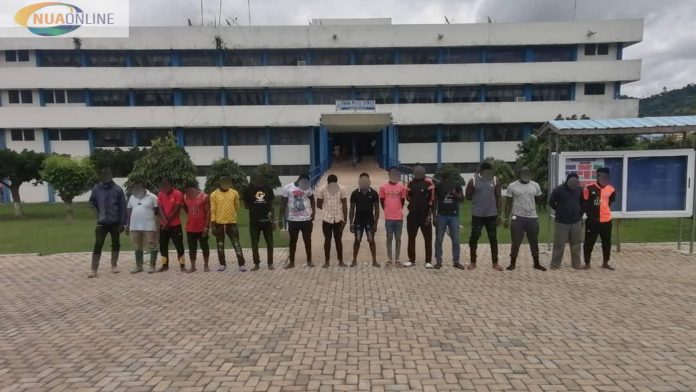 The Police have arrested Sixteen persons in connection with a shooting incident at Asaman Tamfoe in the Eastern Region.

The incident occurred between some persons believed to be illegal minners and a community anti-galamsey taskforce on 29th September, 2022.

Efforts are underway to arrest the remaining suspects and retrieve any other weapons in their possession.

The Police have also seen a viral video on the incident which is being reviewed as part of the investigation.

“We would like to assure the public that all the other perpetrators will be arrested and brought to face justice,” the police said in a statement.