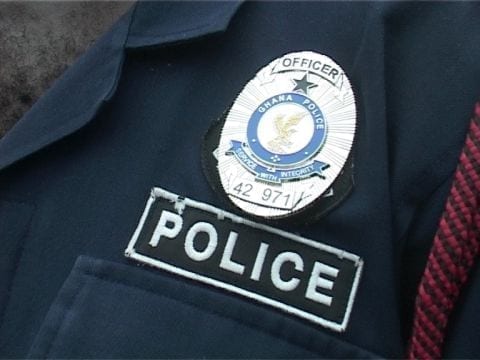 A police woman stationed at the Savannah Regional Police Command has been allegedly killed by her boyfriend in Damongo, the regional capital.

Snippets of information available indicate that the said suspect, whose identity is yet to be established, visited the officer to find her with another man believed to be a military man.

The unidentified suspect is said to have had a misunderstanding with the officer and the military boyfriend but left afterwards.

He is alleged to have returned on Sunday, August 1 to murder the police officer.

The Savannah Regional Police Command is yet to officially comment on the issue.

However, the body of the officer has since been deposited at the Damongo Hospital morgue, awaiting autopsy.