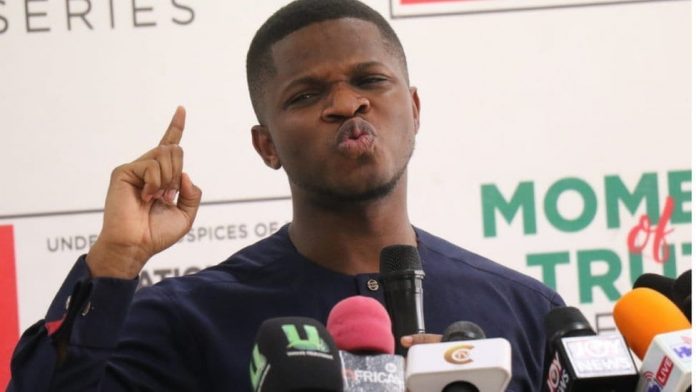 The National Communications Officer of the National Democratic Congress (NDC), Sammy Gyamfi, has taken on the registrars of the Cape Coast High Court for their “shameful” conduct in handling the case involving the Assin North Member of Parliament, James Gyakye Quayson.

He said the conduct of the court officials including the judge is what forced the rank and file of the party to be present Monday morning to file an appeal against the judgement that annulled the 2020 Parliamentary Election results of Assin North Constituency.

“We are all here because we don’t trust the registry of this court,” Sammy Gyamfi stated without mincing words.

“We all know how unprofessional they have conducted themselves in the course of this matter right from the outset even when we sought to file processes to challenge an order for injunction which had been granted by this court as far back as 6th January, 2021.”

This complaint comes after the National Chairman of the party, Samuel Ofosu Ampofo, also accused the court officials of deliberately avoiding legal representatives of the MP on Wednesday, July 28, when the judgement was delivered.

The Supreme Court, a day prior to the judgement, had ordered the parties to file processes to have the case transferred to the apex court of the country.

But Mr Ofosu Ampofo said they were at the court premises very early on the day.

Nonetheless, efforts to file the motions as per the directives of the Supreme Court proved futile as the registrar of the Cape Coast High Court opened his offices after the judgement had been delivered.

He is said to be of dual-citizenship before picking forms to contest the parliamentary elections against the constitution of Ghana.

But the NDC are hopeful Justice Boakye’s judgement will be overturned to prevent any by-election in Assin North.