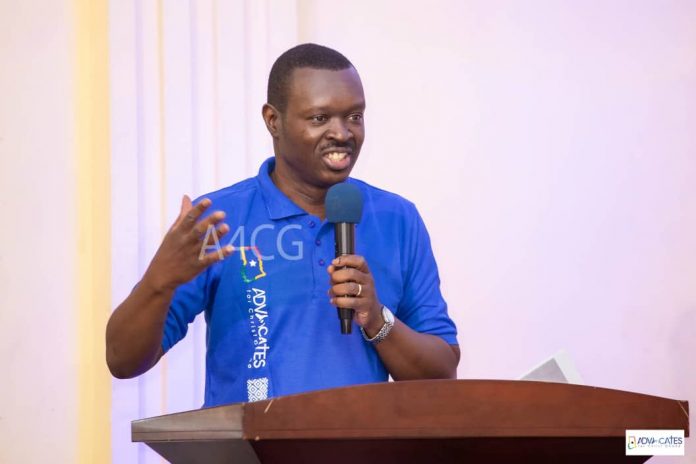 Co-Chair of the Citizens Movement Against Corruption (CMAC) Edem Senanu has called for a full-scale investigation at both the Ministry of Health and Ministry of Finance to bring to book technocrats that had advised and passed the payment of US$2,850,000 to Messrs Al Maktoum, in the procurement of the Sputnik V vaccine for Covid-19.

He expressed shock as to why the Health Minister, Kwaku Agyeman Manu, disregarded pre-eminent practice in the deal to procure Sputnik V vaccine for the country.

“I just think that the Minister ignored what was good practice, best practice. I think that for all you know, he may have had some people closer to him who said look, just go ahead etc.”

His comments come on the back of the revelation by the ad hoc committee set up by Parliament to probe the procurement of Sputnik V vaccines for which the Health Minister paid $2,850,000 of $5,700,000 [50% of the contract sum] to Messrs Al-Maktoum.

Despite denying payment when he appeared before the committee, it has emerged that he actually made some payments. before them.

Speaking to Alfred Ocansey on the 3FM‘s Sunrise morning show, Mr. Senanu questioned the approval process leading to the deal.

“The law is that this is supposed to be an international deal and truly he required a parliamentary approval. At some level, it will required PPA approval. What is the check list being used internally at the Ministry of Finance, whose desk did the deal fall on?”

He added, “How were they able to pass this without any supporting documentation? So who else is responsible for where we find ourselves? And which procedures were circumvented ? How was that possible?”

Reacting to calls for the removal or resignation of the Health Minister, Mr. Senanu believes that that alone will not solve the problem, however all those technocrats involved in the approval process should be brought to book through an internal investigation at both the Ministry of Health and Ministry of Finance.

“I do not think we have reached the end of the matter so both within the ministry of Health, the technocrats who worked on the contract. Where is the due dilligence? Where are the comments noted in the approval that were given that led to the thing moving out from the Ministry of Finance? Who acted on it? On which basis of law did they approve it? We are not at the end of the investigation. In my view, the best follow-up is to have internal investigation both at the Ministry of Health and that of the Finance and whoever is found to be cupable should be held accountable.”