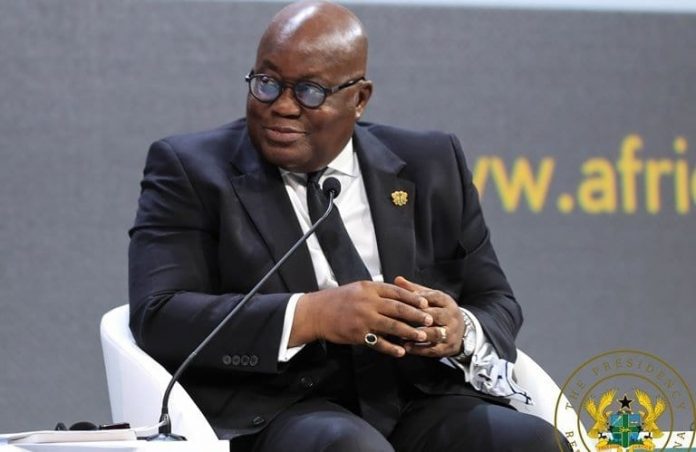 President Nana Addo Dankwa Akufo-Addo has said financial crimes have over the past 30 years become a major concern for governments around the globe as it represents a significant threats to development and stability of the economies of countries around the world.

Therefore, he said there is the need to build a robust financial compliance systems and ensure strict enforcement of the systems to deal with tis menace.

Mr Akufo-Addo said these when he was speaking at EBII Africa Investments Risk and Compliance (IRC) Summit in London on Saturday July 31.

He further expressed concerns about how developed economies treat Africa during trade and investment agreements.

He noted that the rules of engagement in trade and investment that exist among the developed economies change whenever Africa becomes the focus of the trade agreements.

He told the gathering that “We have all agreed that for Africa to be able to transform  ourselves and become the  epitome of the economic empowerment  and self-reliance,  she needs to have the wherewithal  to be able to protect and  promote the resources at a her disposal  hence the need to build a robust financial  compliance systems  and ensure strict enforcement  of the systems.”

The reason for this is that, he said “financial crimes have over the past 30 years become a major concern for governments around the globe as it represents a significant threats to development and stability of the economies of countries around the world.

“I’m happy that the theme of this nature which is a regular feature of deliberations for investors in Europe, America and Asia should have Africa as a its focus.

“ I am saying so because Africa,  which since ancient time,  has been defined by  outsiders as the continent that always  provides something new, something strange to surprise  or excite the rest of the world , or the place for venture  or the place to be exploited.

“It is the place where the normal rules and guide behavior elsewhere can be and are suspended.  Once it is the continent of Africa, things must necessarily be somewhat different. From as far back as we can think, we will see that the world has always dealt with Africa  in a manner that is different  from how other parts of the world  are regarded and threated .

“The rules that have been drawn up  to guide the rest of the world in trade , investment , ethics, environment, governance  which are accepted as part of normal  conventions have thrown out or changed when  the area of operation  moves from Oxford to  Cape Coast.

“If the African continent were not seen as a place where  regular rules can be  and are regularly  flouted,  I dare say we will not be gathered here today  to grapple with the subject of this conference.

“Top of the problems, of course, is that there is so little trade between African countries  and so little intra-investment among African nations . Thus when we talk about investment  in Africa  reference is instinctively  to non-Africans  and  a decade ago when China  made a significant entry  to Africa  investment on our continent  was limited to western companies  in the countries . It is not surprising therefore  that the western counties carried into the investment arena  the same attitude  they had towards African counties as their former colonies.”

He however stated that “We do not ask that Africa be treated specially as fragile and to be handled with care.”

Why haven’t you used your wisdom to help Akufo-Addo? – KT...