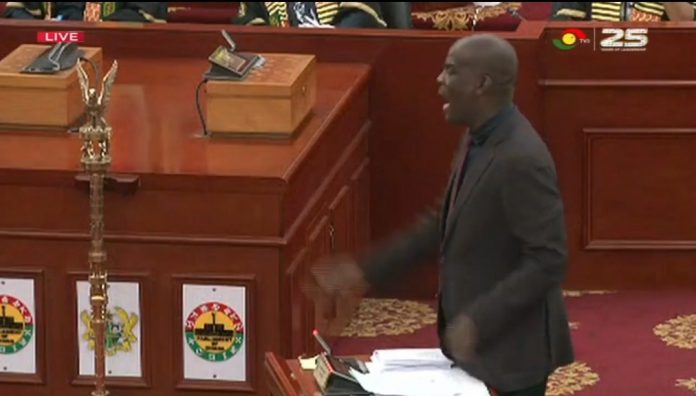 According to Mr. Iddrisu, the Finance Minister’s reckless borrowing is what has landed Ghana in a ditch rather the Russia and Ukraine war the entire government machinery has sought to blame the nation’s economic woes on.

Speaking in Parliament Thursday, November 10, 2022, the South MP asked if the minister borrowed to support Ukraine for government to be always citing the war as the cause of their incompetence.

Watch him in the video below:

[VIDEO] ‘Whoever says Haruna Iddrisu is not competent is a liar, but…’ – NDC loyalist