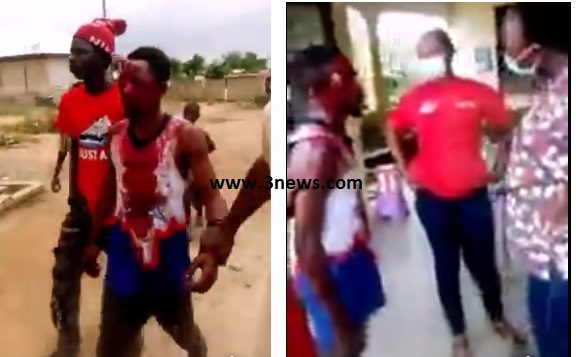 A 32-year-old man is on life support at the St Patrick Hospital in Offinso after he was caught and beaten to pulp for allegedly kidnapping two kids in Afigya Kwabre North district of the Ashanti Region.

Identified as Alhasan, the suspect, who is said to be a Fulani native, was on Saturday, July 31 caught holding the two kids under the pretence of being a neighbour.

Further questioning proved that the suspect doesn’t live in the area but was rather sneaking the kids out of the town for whatever reasons best known to him.

The residents of Ahenkro, sensing inconsistencies in the suspect’s accounts, descended on him with heavy beatings and later handed him to the police in Afigya Kwabre North and he was later referred him to St Patrick Hospital in Offinso.

Speaking on Akoma FM‘s current affairs and political show GhanAkoma on Monday, August 2, the Boaman District Police Commander, ASP Edward Odame, explained that “the suspect was brought in by some residents of Ahenkro but we had to refer to him for immediate medical attention so he is currently receiving treatment at St Patrick hospital”.

“Afterwards, we will arraign him before court for the necessary action to be taken,” he told host of the show Aduanaba Kofi Asante Ennin.

Father of the two toddlers Mohammed Yusif also recounted that his wife told him a youngman has attempted to whisk his two kids away.

“So I rushed to the police station and saw the suspect in custody, but I thank God he was unsuccessful because a different story might have been told.”

Kumasi: Robbers demand 20k ransom for release of a woman they kidnapped at a robbery incident at Asonomaso