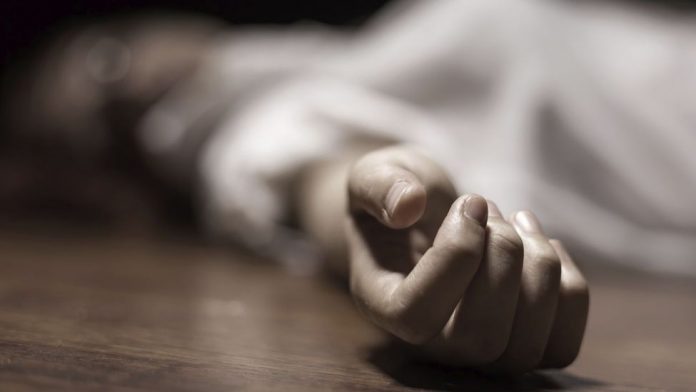 The suspect who is alleged to have killed his wife and later attempted suicide at Asuofua Asaman in the Afigya-Kwabre District of the Ashanti Region, Bashiru Gambo, has died after allegedly drinking a poisonous substance .

He was admitted to the hospital after the failed suicide attempt.

Recounting how her mother was allegedly shot dead, daughter of the deceased, 13, who witnessed the horrific scene, gave detailed account of the incident on Akoma FM‘s current affairs in a sobbing voice saying “my father wielded a gun and attempted to shoot my mother so I pleaded with him not to kill my mother but he won’t listen”.

“He shot her and even tried to shoot me but I ran for my life.”

“He had attempted suicide by taking in some substances so we had to rush him to the hospital. As at yesterday, he was in critical situation so I hope he survives.”

Bashiru Gambo her wife had been married for over 15 years with 4 kids.

A senior brother of the deceased, Daniel Larry, while recounting the ordeal on the show, noted that “I went to visit my sister and her husband that very Sunday. We all ate together and we had some issues slashed out concerning their marital issues. I courted my in-law (suspect) to come see my family head and follow due diligence and perform the customary rites and marry my sister because after living with her for 15 years with four kids, he hasn’t originally married her”.

He further added that “I left their home only to be called in the night at about 10:30 that the man has shot my sister”.