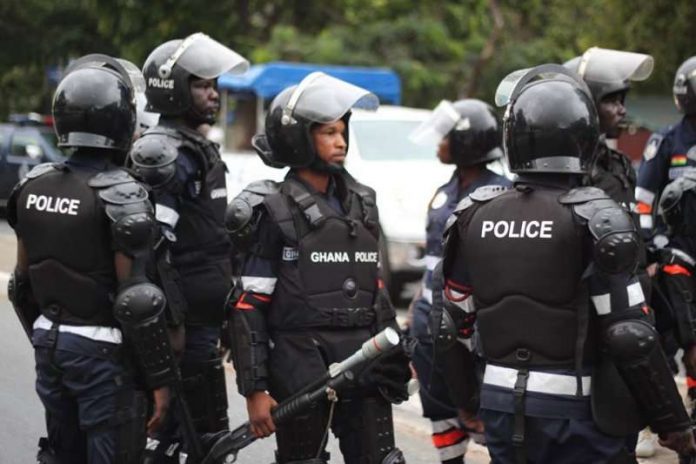 Police in the Ashanti Region have conducted random swoops to rid the region of hardened criminals.

In a statement issued on Thursday, August 5, the Ashanti Regional Police Command of the Ghana Police Service said five suspects were rounded up in the Kumasi metropolis on Thursday, July 8 after acting on intelligence.

Kwabena Agyei, 22, Muniru Issaka, 18, Twumasi Desmond, 18, Moro Talata, 18, and Mohammed Mutala who have been on the police wanted list for several robberies within the Kumasi metropolis were arrested with the assistance of the Asuoyeboah Police.

“All the suspects were put before court and have been remanded into lawful police custody to assist in investigation, whilst the exhibit retained for evidential purposes.”

Meanwhile, the Command says it will continue with its community-based swoops.

“Such swoops have been conducted simultaneously at some Police Districts within the region.”

It noted that in Asokwa, eight persons between the ages of 18 and 34 were arrested. They have been detained for screening and profiling.

At Trede also, six suspects were picked up to assist in investigations.

At Aboabo area under the Airport District Police, a number of suspects were arrested.

Twelve suspects with dried leaves suspected to be cannabis were arrested within the Bohyen district.

“All these intelligent led swoops are Community assisted swoops, which is yielding positive results.

“The Command is therefore urging other Community leaders or members who know the various criminal hideouts within their area to emulate these good examples mentioned above, in order to help curb the criminal activities within the Metropolis and the Region at large.”

A/R: Police arrest 5 armed robbers for robbing a gold dealer, 3 others on the run