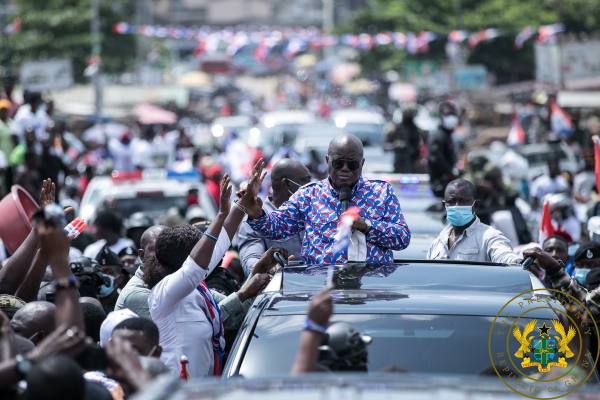 After bringing his tour of the Northern Region to an end on Saturday, August 7, President Nana Addo Dankwa Akufo-Addo is in the Bono East Region for a similar one.

President Akufo-Addo begins his tour on Sunday, August 8 and will end on Monday, August 9.

He is expected to inspect some ongoing projects in the capital, Techiman, and commission others.

He will begin the tour by meeting the chiefs and people of Techiman on Day 1.

The last time the president was in the Region, one of the newly created from the erstwhile Brong Ahafo Region, was in September, three months before the December 7, 2020 elections.