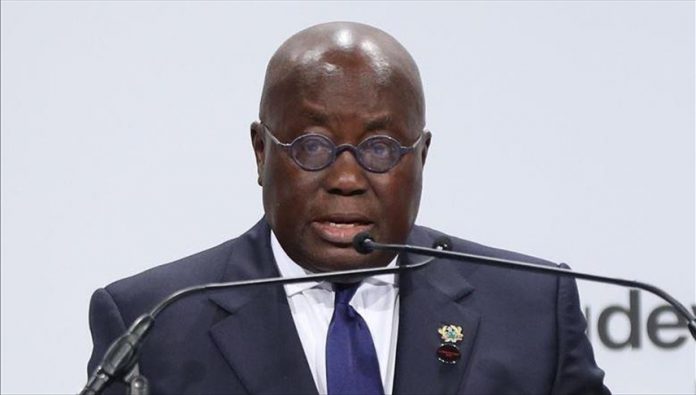 The president Addo Dankwa Akufo-Addo has pleaded with Teacher unions to return to the classrooms whiles negotiations continue.

Speaking at this year’s Eid celebration at the Independence Square, the president said times are hard and that all must sacrifice to help deal with the recent hardship facing the country.

The President says he is happy the Ministers in charge have begun negotiations with the teacher unions and adds his voice for them to return to class.

“I’m very much aware that some teacher unions have declared a strike in pursuit of s 20% Cost of Living Allowance demand. I’m happy that yesterday the teachers were joined by other members of organised labour under the umbrella of the Trades Union Congress to sit down with government led by the Minister of Employment and Labour Relations and Education to begin negotiations on this matter.

“I want add my voice to the appeal by the outstanding minister for Employment and Labour Relations, the Hon. Ignatius Baffour Awuah, Member of Parliament for Sunyani West for the teachers to return to the classroom pending the outcome of these negotiations so that the education of our children some of whom are preparing to sit their final exams is not affected.

Four teacher unions, TEWU, CCT-GH, NAGRAT and GNAT declared strike following their request for a 20% COLA from government which had not been honoured.

Academic activities at the basic level have ceased since Monday, July 4, 2022, following the declaration of the strike.

Meanwhile, some teachers are kicking against the demand for the 20% COLA, saying it is a regressive call to waste