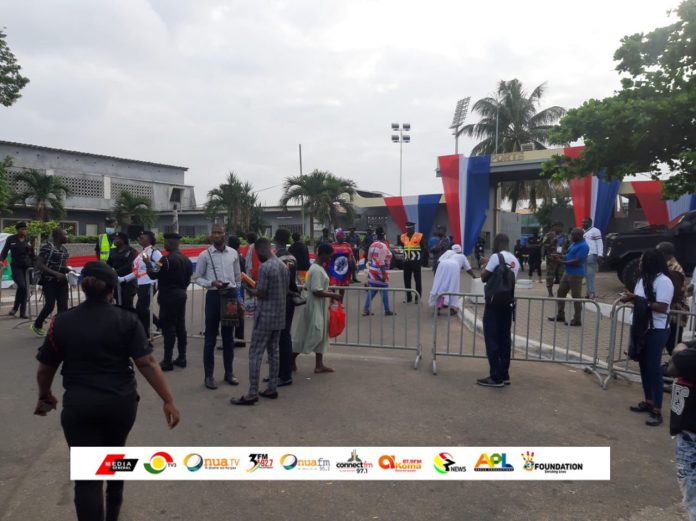 The National Delegates Conference of the ruling New Patriotic Party takes off today at the Accra Sports Stadium.

Some 6,000 delegates from the party are expected to cast their ballot to elect the executives.

Onua News presents images of the atmosphere on the grounds now.

Over 7,000 delegates from across the party’s branches across the world will gather at the venue to select from 47 candidates.

The party will have a new National Chairman after almost seven years as Freddie Blay will not contest, having taken over from suspended Paul Awentami Afoko in 2015 in an acting role and given the mandate proper in 2018 in Koforidua.

Seven persons including the current National Treasurer, Kwabena Abankwa-Yeboah are contesting for the seat.

There will be elections for First, Second and Third Vice Chairperson positions as well.

The General Secretary, John Boadu, is going for re-election for the second time, having taken over as well in 2015 in an acting role from Kwabena Agyei Agyepong and given the mandate proper in 2018.