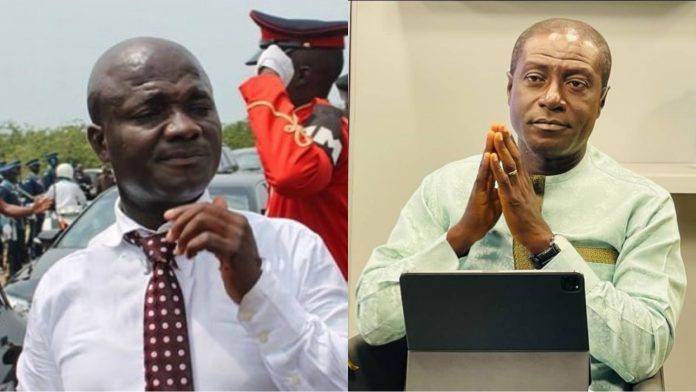 Notorious football fan and advent supporter of the National Democratic Congress, Appiah Stadium, has said President Akufo-Addo will continually punish residents of the Ashanti region for their insincerity.

He has asked Captain Smart, Kofi Asante Ennin and other crusading journalists to stop preaching development for Ghana since the residents see a different thing.

“The journalists want the truth for Ghana. Captain Smart stop talking henceforth because these people have made us know we are sitting on sugar and honey. The fuel prices will continue to rise, the dollar will continue to go up. We’ve realised you people want hardship and you’ll continue to suffer. Nana Addo’s government is the most corrupt ever with full of thieves,” he lamented.

His comments follow the praises showered on the president by the residents for his unprecedented achievement since taking over the presidency in 2017.

Ranging from disbursement of MASLOC to traders to expand their businesses, the One District One Factory, Free SHS among other policies this government has introduced without its sort under any other administration, some traders who thronged the maiden edition of Onua TV/Akoma FM joint Peoples’ Assembly at the GNAT Hall said must be applauded.

But when he mounted the podium, Appiah Stadium who was livid over the realities the residents forbade cursed them to the plight the Akufo-Addo administration is subjecting Ghanaians to.

Watch him in the video below: