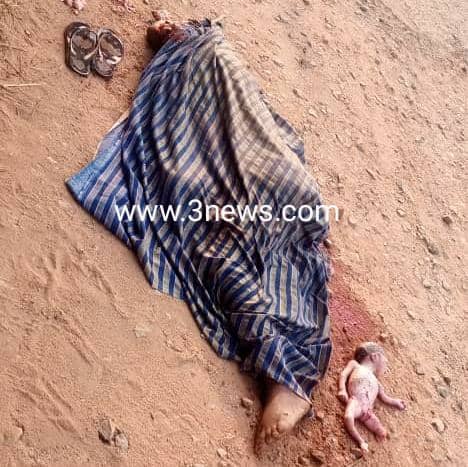 A pregnant woman, believed to be in her 30s and whose name is yet to be identified, has been killed with her baby forcefully removed.

One leg of the baby has been cut off.

This happened at Ekumfi Akwakrom on Saturday, August 7 in the Central Region.

Information gathered by 3news.com indicates that the deceased is not known in the community.

This incident has left the entire Akwamkrom community in a state of shock.

The two bodies have since been sent to the Our Ladies of Grace mortuary .

He wants the police to bring the perpetrators to book.

He blamed the situation on the non-availability of street lights in the community and so called on authorities to fix the street lights.