Home Featured Story Kuffuor did better than you, even that NPP lost in 2008 –...
Facebook
Twitter
WhatsApp
Linkedin
Telegram
Print 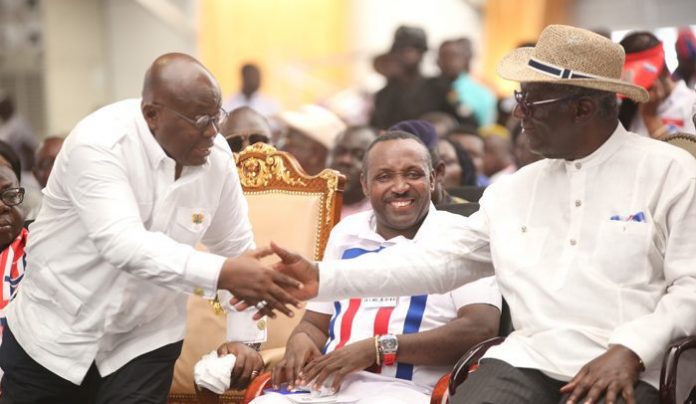 He said on the Key Points on TV3 Saturday August 7 that the National Democratic Congress (NDC) has superior records in terms of development of the nation than the Kuffuor and Akufor-Adddo administrations combined.

In the area of water provision, he said, the NDC has done better than the NPP.

With the economy and proper debt management he added, the NDC has done better then the NPP.

He added “President Kuffuor was far better than Akufo-Addo, even then they lost in 2008 elections.”

The Director of Communications of the NPP, Yaw Buaben Asamoa who spoke on the same show maintained the position of President Akufo-Addo in relation to the 2024 elections.

He said the NPP has done more to develop in the country and the people through social intervention initiatives.

“The NDC as a social democratic party has not even initiated a single social intervention programme.”

“What happened to one time premium?” He asked.