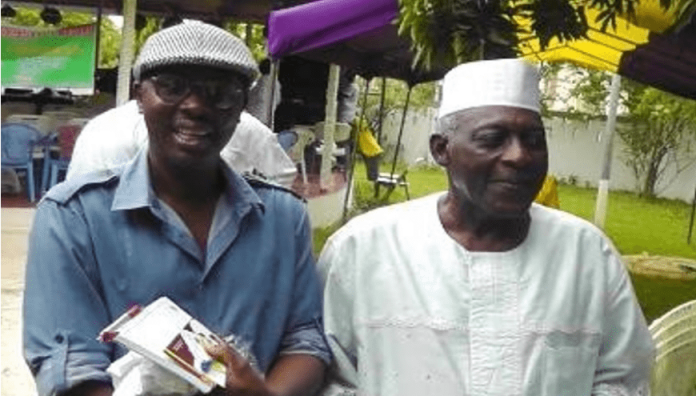 The picture above shows the late Professor Kofi Awoonor (right) with me (left) at a PAWA House literary event in Accra, shortly before his tragic death in Nairobi, Kenya, September 2013. I knew Prof fairly well in his later years.

A blisteringly sharp intellectual and fiercely Ghanaian patriot, he was also a pan Africanist with a fervour for defending and promoting traditional ways of doing things. Prof was passionate but had a very keen sense of humour. He once described how Jesus Christ had been “bleached white” by the West, when he was actually born non-Caucasian! He could not suffer those he considered as fools gladly, and hence was considered controversial by some.

He autographed one of his books, “The African Predicament. Collected Essays” for me with these words: “For Harruna Attah, who like the ancient courier brought a near perfect account back to the village from the battlefield.” What an honour from this literary giant. If he were alive, he would have been, with all certainty, at the forefront of those of us opposing what I call the “so called national cathedral”, which, with startling prescience, he anticipated some 10 years ago (2012) in the poem below, as the “cathedral of doom”.

“On this dirty patch a tree once

stood shedding incense on the

across a heaven brightened by the

last fires of a tribe.  They sent

surveyors and builders who cut that

tree; planting in its place a huge

This write up does not reflect the views of 3news.com and the entire Media General