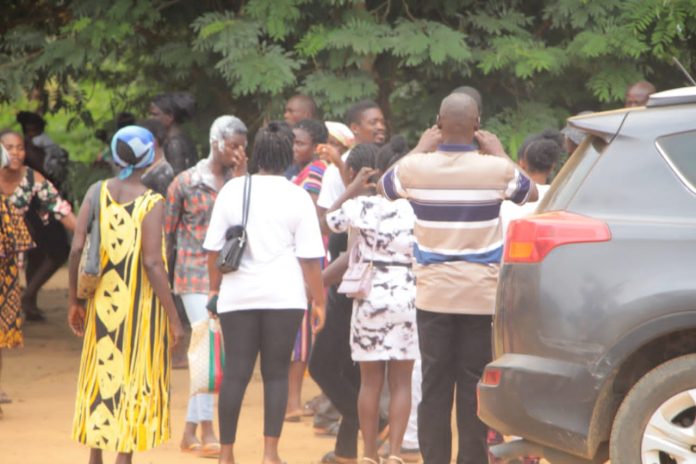 The Akyim New Tafo District Court has sentenced nine out of 11 accused persons who attacked three teachers at the Anyinasin Methodist Basic School to fines between 150 penalty units to 250 units.

The case of two other persons who are juveniles would be dealt with in two weeks time after the Social Welfare have presented social enquiry reports.

On July 26, 2022, the accused persons armed with clubs attacked three teachers of the Anyinasin Methodist Basic School and harrased one of the teachers to kneel down as his punishment for accusing them of supplying drugs to the Junior High School students.

The teachers had detected the use of drugs identified as Diazepam by some pupils in the Anyinasin Methodist Junior High School.

Investigations revealed a pupil of the school whose uncle own a Chemical Shop in the community supplied the drugs to his Junior High School mates.

An emergency PTA meeting on July 27, 2022 to deal with the matters arising was disrupted by the accused persons and others at large.

A case was made to the police on August 1, 2022, causing the arrest of the suspects for investigations.

Prosecutor of the case, Detective Chief Inspector Barnabas Mends explained, “it was established that the Diazepam was a restricted drug which was not to be sold in a chemical shop.”

The accused were remanded and put before court .

They have all been freed after their relatives paid their penalties.

The court would take a desicion on the two juveniles next week.

Meanwhile the Pharmaceutical Council has closed down the chemical shop for flouting regulations.

Teachers of the school left the court premises elated at the judgement.