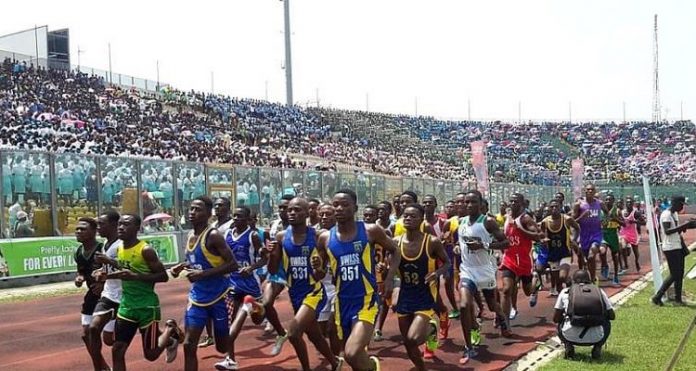 The Eastern Regional Super Zonal sports competition is not likely to come on as heads of Senior High Schools declare they do not have enough funds and food to support the annual event.

The event was slated for Monday July 24 to July 31, 2022. But series of meeting between head of schools who double as Zonal Sports Head and CHASS indicate the activity may have to be postponed to October 2022.

The Eastern Regional Physical Education Cordinator Nancy Ellen Anann-Mensah, says the implication of not having the Sports festival is dire.

“If we don’t have the Super Zonal Competition it means talents cannot be scouted for the country.This is the competition where the Security Services, Universities and other stakeholders come to scout for talents.The Student would loose their profession if we don’t have the competition. It would be a disservice to the third years who would complete school before the postponement date.We
would have wasted students energy. Sports is someone’s profession as well”

The Eastern Region has 8 zones which are expected to bring 210 contingent each.

The Koforidua zone was chosen to host this year’s Super Zonal competition.

Usually, participating zones contribute food and pay participating fee in support of perishable foods from Capitation for sports to organisers and host zone.

This year, the heads of the Senior High Schools who doubles as Zonal sport head says the schools do not have enough funds to transport contingent, pay towards perishable food items, whiles food stock supply is in short supply.

Contingents were expected to arrive in Koforidua on Sunday for the competition to be held on Monday.

Zonal Sport Council Secretaries are also worried the postponement of the sports festival would make them loose talent and break morale.

“First years in the Koforidua Zone who were asked to stay over would have to be paid transport fares to return home. It’s a double cost to us because we are grappling with funds already. This is just not good enough”

The CHASS Regional Chairman in an interview on July 20, 2022 explained food items were now trickling in.

Some 25 SHS out of the almost 100 have received
bags of rice and sugar from the National Buffer Stock Food Company.