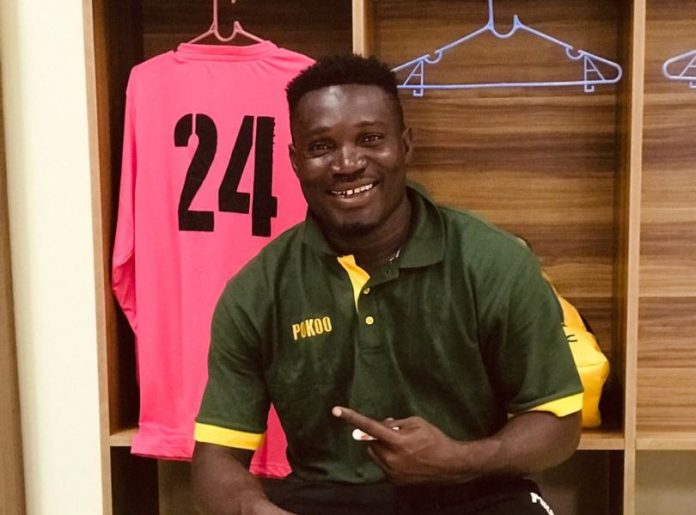 Ebusua Dwarfs goalkeeper, Razark Issah has refuted the bribery allegations levelled against him following some grievous mistakes he committed during the just concluded Ghanaian top-flight football.

It would be recalled that the bulky stopper committed two unpardonable errors in their games against Asante Kotoko and Elmina Sharks respectively.

Following this, some aggrieved sections of the club’s staunch supporters accused him of negotiating a match of convenience that led to the club’s defeat to Kotoko as well as their unfinished game against Sharks due to hooligans.

“There is no truth in the bribery allegations levelled against me. No club or football administrator has ever given me money to put my performance under compromise,” Issah told Onua Sports.

“It was a real mistake that happened in our game between Elmina Sharks and Kotoko” he vehemently denied the allegations.

Notwithstanding, the set-piece specialist who became the only goalkeeper to score a goal in the 2020/21 Ghana Premier League season blamed Dwarfs relegation on their unfinished game against Legon Cities.

Due to crowd violence referee ended the match at halftime with Legon Cities leading by a lone goal. Later, the Legon Cities were ruled as winners and awarded three points plus three goals while Dwarfs suffered three points deduction for failing to control their fans.