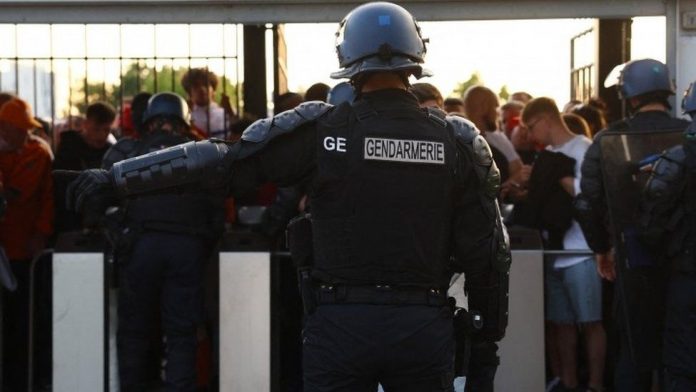 France’s sports minister has said fans without tickets caused initial crowd problems at the Champions League final in Paris, despite strong criticism of the event’s policing on Saturday.

Amélie Oudéa-Castéra blamed a “mass gathering” of supporters with “fake tickets” for the chaos at the stadium.

She also said local youths trying to force their way in made things worse.

But UK’s Culture Secretary described the police response as “deeply concerning” and has urged an inquiry.

French police have been criticised for firing pepper spray and tear gas at some Liverpool fans as they waited to get into the stadium on Saturday evening.

Police have also been accused of causing a large build of people up by restricting an access road to the stadium beneath an underpass.

The final was delayed by 35 minutes by the trouble outside the Stade de France stadium, with Liverpool losing the match against Spain’s Real Madrid 1-0.

Ms Oudéa-Castéra’s comments came ahead of a meeting later on Monday with the French sports ministry, Europe’s football governing body Uefa, the French Football Association, stadium officials and police to “draw lessons” from the event.

“What happened, first of all, was this mass gathering of the British supporters of the Liverpool club, without tickets, or with fake tickets,” Ms Oudéa-Castéra told French radio RTL.

But she said more people from the local area tried to force their way in through the doors of the Stade de France, where the match was held.

“A certain number of youths from the nearby area who were present tried to get in by mixing in with the crowd,” the minister said.

She also expressed regret that families and children were impacted by the use of tear gas.

The French minister said there were “no problems” regarding Real supporters and the Spanish side had controlled their travelling fans better than Liverpool.

Uefa initially blamed the “late arrival” of fans for the problems.

But Merseyside police, who are responsible for policing in Liverpool and were present in Paris, said the vast majority of Liverpool fans arrived early at the turnstiles and behaved in an “exemplary manner”.

Saturday’s TV footage showed young men who did not appear to be wearing red Liverpool shirts jumping the stadium gates and then running away from security.

Liverpool fans spoke of long queues building up hours before the match started.

Tom Whitehurst said he had to get his disabled son “out of the way” after they were pepper-sprayed.

“The treatment of supporters by Uefa and the police was an absolute disgrace,” he said. “[Fans] were indiscriminately pepper-sprayed and there were people with tickets, who arrived two-and-a-half hours early, who were queuing up and they were charged at by riot police with shields.”

The BBC’s sports journalist Nick Parrott, who was in Paris, said “it was the most petrifying experience I’ve ever had at a football match”. He tweeted that locals were “trying to force their way in leading to security closing the gates and keeping out legitimate fans with tickets”.

Meanwhile, Liverpool player Andy Robertson said the organisation of the final was a “shambles”, adding that he had given a genuine ticket to a friend who was told it was fake and denied entry to the game.

Speaking on BBC Breakfast, Ms Anderson said: “When the game was delayed and I could see lots of Liverpool seats were empty – so knowing that people with tickets hadn’t been able to get in, I went to walk around the ground to see what was going on.

“Seeing all the Liverpool fans bottlenecked together, shouting at officials, or shouting at stewards, and then the riot police just came over and pepper sprayed them.

The chaotic scenes have become a political embarrassment in France, which is due to host the 2023 Rugby World Cup and the 2024 Olympic Games.