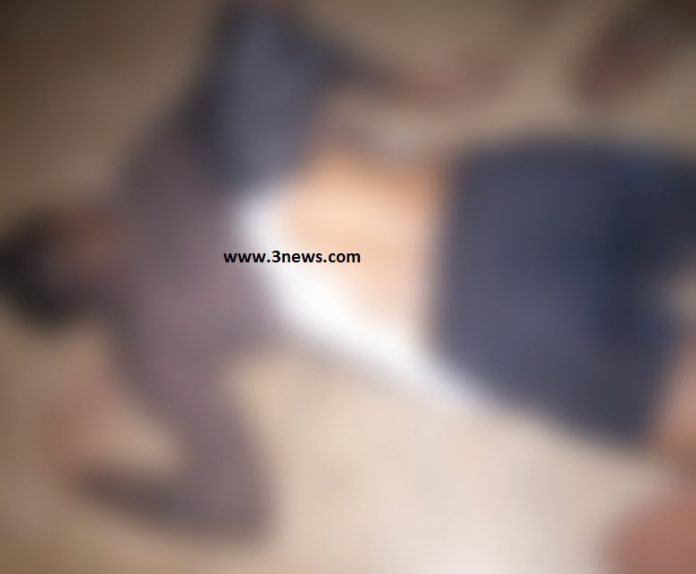 A female police officer has been found dead in a hotel room at Nkawkaw in the Eastern Region with a hand written note.

Police preliminary investigations and reports indicate that the police officer booked and lodged at the hotel at midday on Saturday, August 7.

Later in the evening at about 7:00pm, manager of the hotel checked on the deceased only to find her lying dead in a prone position on the floor.

The police proceeded to the scene and identified her as Lance Corporal Sarah Adjei of the Nkawkaw Divisional Headquarters of the Ghana Police Service.

She was in a multi-colored straight dress over a black underwear and black slippers.

Blood stains were found in her nostrils with swollen right cheek when the body was inspected.

The police searched in her bag and found a hand written note that read:

Eight envelopes were also found. One had the name Mr. Timothy Dampare written on it.

The body has been deposited at the Nkawkaw Holy Family Hospital for preservation and autopsy.