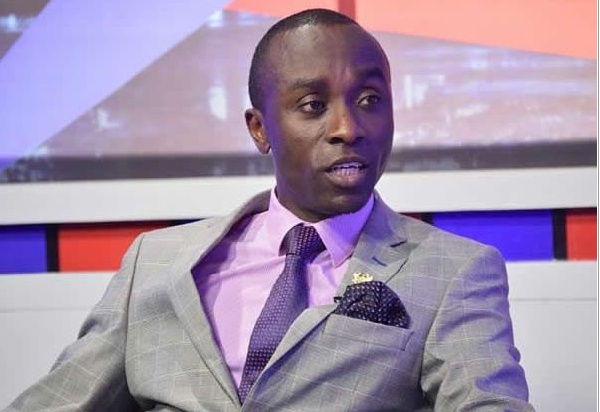 President Addo Dankwa Akufo-Addo was booed at with chants of “away” “away” when he turned up to speak at the Global Citizen Concert at the Independence Square in Accra.

Whilst others condemned the act, some saw it as a reflection of the leadership President Akufo-Addo is giving Ghanaians.

A deputy director of Communications for the NPP, Ernest Owusu Bempah has smashed the NDC over the incident saying it was orchestrated by them.

In a statement issued by him, he says the NDC should “allow politics to take centre stage at such an event and single out the President unfairly for political point scoring raises serious concerns.”

Read below his full statement

NDC’s evil machinations and chorus of jeers at Akufo-Addo

There was much consternation and even more navel-gazing Saturday night about patrons serenading Akufo-Addo with boos and chants of “away” “away” during the Global Citizen concert at the Independence Square.

Some saw it as a rightful comeuppance for the President, while others saw it as disheartening confirmation of the polarization of our society.

But then, there’s a twist to this disgusting enterprise.
As President Akufo-Addo begins to give his speech at the Global Citizen concert at the Independence Square last night, the crowd’s mood appeared normal. Moments later, the boos emerged and as that kindling took light, chants of “away, away” echoed throughout the place.

Quite frankly, in a normal sporting or entertainment events, fans boo. It might not be printed on the ticket, but fans believe the price of admission includes a right to express themselves about pretty much anything that goes on at the ballpark, stadium or arena. They whistle, jeer and taunt, and no one – players, coaches, other fans, even mascots is immune.

To think President Akufo-Addo would be spared that kind of reception, or be outraged that he wasn’t, is either naive or sanctimonious.

Truly, politicians don’t expect to be popular all the time. Getting on with running the country is a job where you have to take difficult decisions a lot of the time. There’s nothing wrong if President Akufo-Addo goes to an event and receives cold reception. That’s a normal occurrence.

But then, to allow politics to take centre stage at such an event and single out the President unfairly for political point scoring raises serious concerns.

To put it more bluntly, it is pure evil and utter disgrace for the NDC to organize its supporters to go and shout down the President the manner it happened.

As a matter of fact, the mean-spirited treatment of President Akufo-Addo, the fact that the president’s appearance prompted loud and sustained boos and jeers from partisan NDC crowd at the global citizen event crossed some bright line.

The question of political civility is a common debate topic in our political economy, to the extent that responses almost feel predetermined. But this relatively predictable moment still felt worrying and, given the venue, particularly a global event of this magnitude, we ought to speak out. Never before in the history of this country has a president, who by the way, has done more than any other president in recent times, and for all demographics been treated so unfair and disrespected.

It’s very difficult to imagine that the political opposition to Akufo-Addo do not recognize the fact fact that this choreographed hogwash they put up last night has the potency to bite them in the arse. When political opposition determines that they have big stomach or taste for the fight, they are encouraging, then we have a huge trouble in our hands.

The Ghanaian partisan politics that became the national status quo since the dawn of the fourth republic needs fine tuning because the political rhetoric and behavior considered acceptable is on a sliding scale. It is time to separate social issues/politics from entertainment and sport.