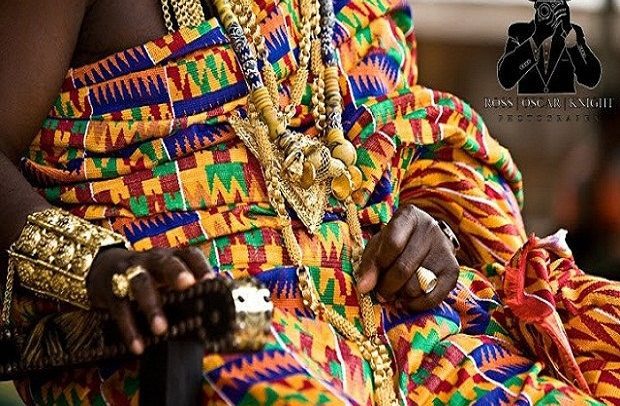 Some Chiefs in Gomoa in the Central Region have kicked against the alleged arbitrary allocation of lands by the Paramount Chief of the area.

The attention of the undersigned has been drawn to a recent press conference held on the 3rd July 2021 in Gomoa Dominase by Obrifo Ahunako Ahor Ankobia II, (the “Omanhene”), Paramount Chief of Gomoa Akyempim, and President of the Gomoa Akyempim Traditional Council.

At the press conference, it is recounted that the Omanhene alleged the approval of the Gomoa Akyempim Traditional Council in the unlawful allocation of 100 acres of 115 acres of land at Gomoa Dominase/Gomoa Kweikrom owned by Medium Dwellings Company Limited (the “Developer”), a real estate company organized and existing under the laws of The Republic of Ghana, for the admission of some evicted Agbobloshie Onion Sellers by the Greater Accra Regional Minister, Henry Quartey.

We wish to state emphatically that the news is false and should be completely disregarded.

The Traditional Council of Gomoa Akyempim has not tabled any meeting to discuss the allocation of land to the said Agbobloshie Onion Sellers or
resolve and allocate land owned by a private company.

“It is also on record that the Omanhene dissolved the Standing Committee Traditional Council in an arbitrary decision on the 24th May 2021 and reconstituted the committee with new members without consultations with the Omanhemaa, Obaatanpa Ama Eduwa, who crossfunctions as Vice President of Gomoa Akyempim Traditional Council. This is a matter amongst a litany of destoolment charges against the Omanhene which is ongoing at the Central Regional House of Chiefs as petitioned by the Omanhemaa, Kingmakers, and Elders of the

“The summary of destoolment charges against the Omanhene are as follows: he unlawful allocation of the Developer’s land which has become the subject of controversy in Gomoa Dominase/Gomoa Kweikrom was founded on an arbitrary decision by the Omanhene, Obrifo Ahunako Ahor Ankobia II without proper consultation with governing members of the Gomoa Akyempim Traditional Council.

“Medium Dwellings Company Limited, the Developer, purchased the 115 acres of land in 2005 through a leasehold between the company and Nana Buabeng VII, and Opanyin Kwaw Ahunaku (lessor) for a fixed term of 99 years from the Anona Oyoko family in Gomoa Dominase. After claims of ownership by the Oyoko family of Gomoa Kweikrom and upon resolution, the Developer again paid for 38 acres of the same land.

“To ensure that the transaction was in accordance with the law, the Developer, sought a publication of the grant of the land from the Lands Commission in Cape Coast on April 15, 2007. Following that development, the Secretary of the Lands Commission officially served a copy of the publication in a letter on September 21, 2007, to the Gomoa Akyempim Traditional Council and Gomoa District Assembly, now Gomoa East District Assembly in accordance with the law in respect of the publication on the grant of the land for a 21-day notice period to be informed of any objections or otherwise.

“In a response to the aforementioned publication and letter from the Lands Commission, the Gomoa Akyempim Traditional Council issued a letter dated October 30, 2007, with reference No. GATC.30/Vol.II/6/07, the Traditional Council stated that; “l refer to your letter No. G14 dated September 4, 2007, in respect of a leasehold interest for a term of ninety-nine (99) years between Obaatan of Gomoa Dominase, Nana Buabeng VII, and Chief Executive Officer of Medium Dwellings Company Limited, Mr. Arku-Korsah, and wish to inform you that no person or company or group has shown any interest of having portion in the said land in the publication from September 21, 2007. Additionally, in a response letter from the Gomoa District Assembly, now the Gomoa East District Assembly, dated May 16, 2008, and signed by the District Chief Executive Officer (DCE), Madam Joyce Aidoo, the Assembly clarified that; ‘l wish to refer your letter No. FAM/DC.214/2007 dated April 2008, on the publication of the grant of land exceeding 50 acres at Gomoa Dominase deed of a lease agreement between Nana Buabeng VII and Mr. Arku-Korsah. I write to inform you that at the end of the statutory 21 day period of publication no objections in respect of the declarations were received by the Gomoa East District Assembly.’

“However, after analyzing the raging controversy between the Omanhene and Agbogloshie Onion Sellers, and upon review of documentary evidence presented by the Chief Executive Officer of Medium Dwellings Company Limited (The Developer), we are clear in our minds that the raging controversy, if unresolved immediately, will not only become a recipe for disaster but will also become a financial liability, post-lawsuit, on our Traditional Council, which is yet to recover from decades of impropriety under the leadership of the Omanhene, Obrifo Ahunako Ahor Ankobia II.