Home News ‘I led Ebony to Christ on Tuesday before her death on Thursday’...
Facebook
Twitter
WhatsApp
Linkedin
Telegram
Print 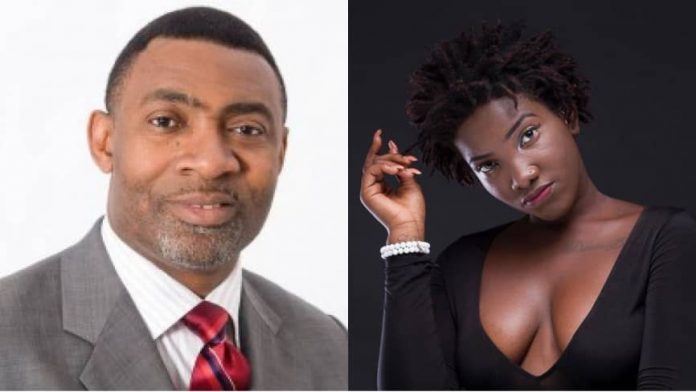 Even though the late Dancehall artiste Ebony Reigns has been dead and gone, her name has been on the libs of the living.

One prominent personality to spark her memory, is the founder and leader of the Worldwide Miracle Outreach, Dr. Lawrence Tetteh.

Born Priscilla Opoku-Kwarteng on the 16th of February 1997 and died on the 8th of February, she was known by her stage name Ebony Reigns. She was a Ghanaian dancehall/afrobeats artist known for her hit songs “Poison” and “Kupe”. She was discovered by Bullet of Ruff n Smooth fame.

Ebony died alongside two others when the Jeep vehicle, in which they were traveling, collided with a VIP bus around 11:30 pm on Thursday, February 8, 2018 at Nyamebekyere, near Mankranso in the Ahafo Ano South District of the Ashanti Region.

According to the anointed man of God, Ebony Reigns gave her life to Christ before her demise.

“Tuesday afternoon was when I led her to the Lord, she died on Thursday. So I realised nobody knows tomorrow. We must respect and love everyone because tomorrow is never promised.”

Earlier, the man of God had explained in detail what ensued between himself and the late Ebony.

“She got born again on Tuesday. I led her to the Lord. She said the sinner’s prayer. She told me she was going to her mom in Sunyani. Her mother was back from London and when she comes back, she wanted to come to church with my wife Barbara, and me.”

He continued that, “fortunately, my wife was in town, and they all spoke together, she was excited. It was my phone she spoke on because her phone was kept at the entrance. But I could take pictures with my phone inside the embassy.

“So all my pictures with her were what I took with my mobile phone. And that was her last message on Instagram. So you notice that there are three people in the picture, Myself, her, and the Hungarian ambassador,” Dr. Lawrence Tetteh concluded.