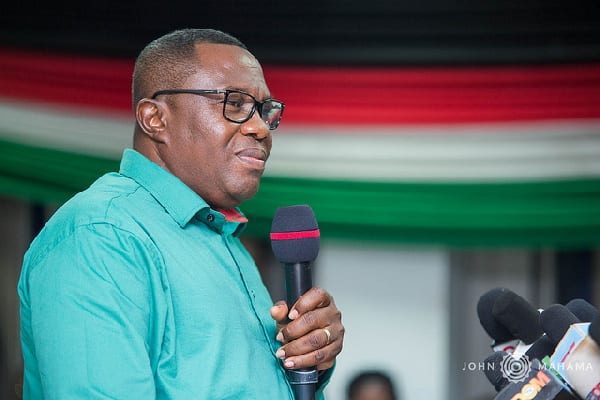 The National Democratic Congress’s Samuel Ofosu-Ampofo has hinted of his intentions to recontest the chairmanship position of the party.

He made the revelation when speaking on the just ended national delegates conference of the New Patriotic Party on 3FM’s morning show, Sunrise on Monday, July 18, 2022.

Mr. Ofosu-Ampofo, who has described the newly sworn-in executives of the NPP as new wine in old wineskin said he will be seeking the mandate of the party members to retain him as their leader to reclaim the power they lost to the NPP in 2020.

At the 9th Delegates Congress of the NDC held at the Fantasy Dome at the Trade Fair in Accra in November 2018, Mr. Ofosu-Ampofo was elected Chairman for the umbrella fraternity.

He was a former legistor and District Chief Executive for the Fanteakwa North District of the Eastern Region.

He has also served as Eastern Regional Minister before, as well as a former National Organiser for the NDC.

Full list of winners: National executive elections of the NDC