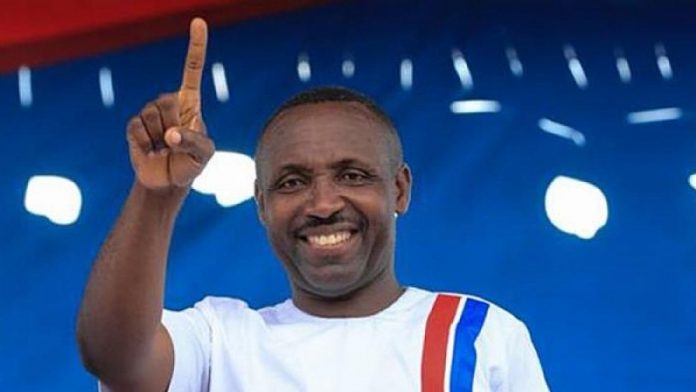 The National Delegates Conference of the New Patriotic Party delayed for close to six hours from the scheduled time on their programme outline.

This birthed several speculations including sharing of money which Onuaonline confirmed with video evidence.

According to Onua TV/FM’s Yaa Titi Okrah from the venue, the delegates were invited for a meeting at the Presbyterian church opposite the Accra Sports Stadium where the conference was being held.

Following the development, host of ‘Maakye’, Blessed Godsbrain Smart stated the meeting in the church which preceded the opening ceremony of the programme meant an incumbent was going to lose.

The only incumbent out of the mainstream executives who contested his position again was John Boadu but lost to Justin Frimpong Kodua.

During his rants Monday, July 18, 2022, Captain Smart said the church politics has always been the decider in NPP’s delegates conferences. He had meanwhile listed seven reasons that contributed to the loss of Mr. Boadu.

He disclosed every delegates conference of the party is pre-empted by a meeting in a church where final decisions on whom to win and lose at the mainstream positions are discussed.

Five time contestant for the National Chairmanship position, Stephen Ayesu Ntim according to Captain Smart at the last conference understood the church politics of the party and worked around it to secure the portfolio he has fought for the past 22 years.

“The Church of Pentecost at Abease in Koforidua determined the fate of Ntim after the meeting. Ntim has now understood the church politics of the party. So he was already at the Osu Presby before they got there,” he pronounced.

He explained further that “prior to the conference, Opare Ansah was leading the General Secretary position before the lot fell on John Boadu. But after the church meeting, it slipped John as well because the owners of the party want to claim it back. That is why John came back to the grounds to test the waters but it didn’t work.