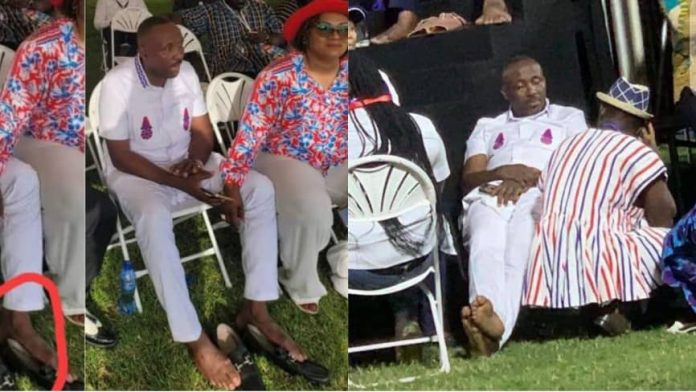 The only major defeat that came up at the just ended National Delegates Conference of the ruling New Patriotic Party was that of incumbent John Boadu who lost his General Secretary position to Justin Frimpong Kodua.

Prior to the polls Saturday, July 16, 2021, it was a close call with Mr. Boadu having a slightly edge over his counterpart.

However, Broadcaster Blessed Godsbrain Smart believes seven key issues contributed to the defeat of then National Organiser of the NPP who acted as the party’s administrator when then Secretary, Kwabena Adjei Agyapong was suspended. He became the substantive after being elected in 2018.

Speaking on his show Monday, July 18, 2022, Captain Smart as he is known in the media noted John Boadu lost because of the Wontumi factor.

Bernard Antwi Boasiako aka Chairman Wontumi, the Ashanti Regional Chairman of the party secured the support of 15 out of the 16 regional chairmen for Mr. Boadu, which Captain Smart says incurred the disaffection of many of the delegates.

Secondly, the Ashanti factor of the NPP Captain Smart said also led to John Boadu’s downfall. Because many of the delegates in the region don’t like Wontumi, he says that reflected in the voting pattern at the Accra Sports Stadium Saturday.

The third issue he added is the NPP Members of Parliament factor. The Maakye host alleged about 95% of the party’s MPs voted against Boadu because of Wontumi.

Fourthly, the delegates complaints of Mr. Boadu’s inaccessibility at the party’s office also contributed to his defeat. Captain said the Assin North MP’s utterance that the Secretary was inaccessible affirmed the delegates assertion.

Before the conference began, some delegates had earlier communicated to Onua TV’s Yaa Titi Okrah at the Accra Sports Stadium on voting out John Boadu.

READ ALSO: ‘We will vote John Boadu out’ – Some NPP delegates avow

Captain Smart stated the John Agyekum Kufuor factor as the sixth reason for John Boadu’s defeat. He says Chairman Wontumi’s indirect disrespectful remarks on the former president also affected John Boadu. He indicated Kufuor is one of the persons in the NPP that cannot be disrespected without consequences.

Finally, Captain Smart said John Boadu couldn’t drum the ‘breaking the 8’ agenda properly and that became the seventh reason for his downfall.