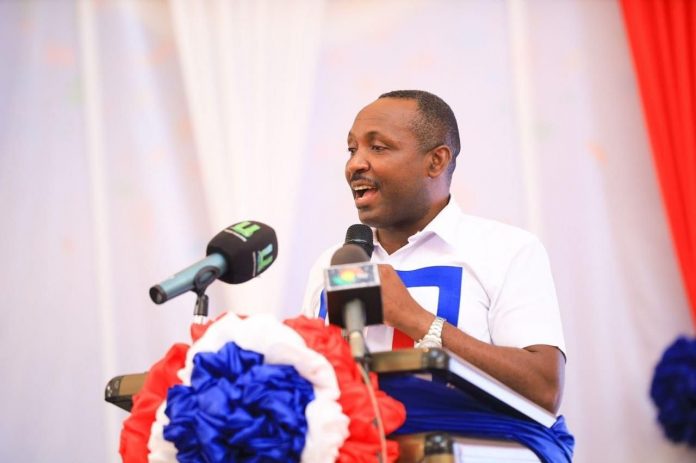 Some delegates at the ongoing National Delegates Conference of the ruling New Patriotic Party have avowed to oust incumbent John Boadu from the General Secretary position.

The aspirants who spoke to Onua TV/FM’s Yaa Titi Okrah at the Accra Sports Stadium indicated even though they vouched for him for the Secretary position, he doesn’t have time for them. They claim he is very scarce at the party’s office.

“Some of the delegates I have spoken to say they campaigned for John Boadu but he doesn’t have time for them. They don’t even meet him at the party office. They say they brought him to power and will surely bring him down,” Yaa Titi reported.

The commencement of the programme delayed for over six hours. Intelligence picked by our correspondents on the grounds had it that aspirants were applying tactics in allegedly paying the delegates ransoms based on what their opponents offered.

In a related development, former MP for Tema East, Daniel Nii Kwartei Titus-Glover who is aspiring for the National Organiser position says John Boadu, incumbent and aspiring General Secretary should be questioned for the whereabouts of the delegates when asked about the delay.