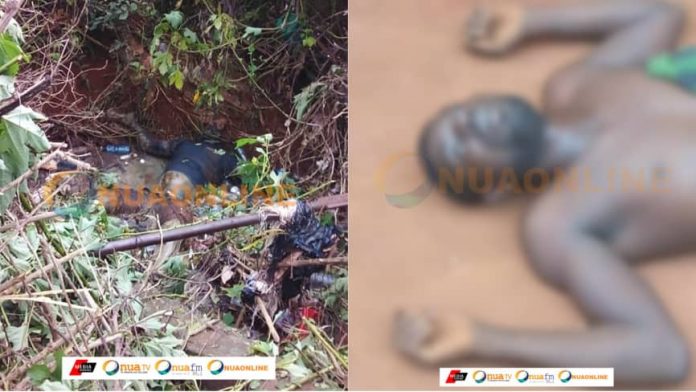 The Techiman division of the Ghana Police Service is reportedly set to prosecute the host of Akina FM morning show, Emmanuel Quarshie known in the media as ‘Hitman’ for reporting over alleged ritual killings in the city.

Hitman honoured a police invitation over his publication on the murder of 15-year-old Vanessa Yaa Konama of the Nkwaeso SDA JHS on June 13, 2022.

The said incident occured at Sansanma, a suburb of Techiman.

Hitman’s invitation was based on a complaint by Sansanma Chief, Kwamuhene and Kentenhene, all of whom are members of the Techiman Traditional Council.

But according to the journalist, his only crime was discussing a rampant killing in the Techiman Municipality that has brought abject fear and panic.

He indicates three people were killed in Sansaanma between June 10 and 13, 2022.

The incidents cannot be treated as mere cases of murder but that it also involved what he estimated to be ritual killing because some parts of the found corpses were carved away.

The Techiman police haven’t commented on the spate of killings in the municipality yet according to reports.

Meanwhile, about two months ago, an anonymous resident from Techiman, the Bono East regional capital had hinted Onuaonline of a surge in alleged ritual murder in the city for the past 7 years.

He says the issue has been on the blind side of the nation because the chiefs had allegedly shielded the activities from coming to limelight.

Onuaonline held on with the report to garner further evidence on the issue until Hitman’s charge came to bare over the weekend.

The resident says activities of ritualists (mallams) is on the ascendancy in the city, whilst the chiefs and police personnel have allegedly been cashing in on the practice.

According to the resident, any journalist who makes an attempt to broadcast the issue is summoned before the chiefs and get sacked from his/her workplace afterwards.

Such matters, according to him, end the moment the police come for the remains of the victims.

Read his full narration below:

“There are certain things ongoing in Techiman but journalists here can’t talk about it. The moment you talk, you’ll be sacked within two to three days. The issues have been ongoing for the past five to seven years”

“Everyday about two people die in Techiman. These are not announced on any media. So you’ll only hear if you live close to the area it happened. In a space of one month, they’ve killed four people in one area. They remove some body parts of the victims”

“Whenever it happens and the police come for the bodies, that’s it. The chiefs say when such things happen, we shouldn’t publicise it. So there are certain chiefs who invite presenters that speak on such ritual murders. You’ll be called to go and kneel before them. There is one presenter called Mathew Judah who was sacked miserably for discussing this issue”

“A war zone is even better than Techiman. They’re killing people almost everyday with their limbs or other body parts removed.

“A 9-year-old girl was picked with pragya to a cashew farm. When she was found, something had been taken out from her body. When was urinating, it was all blood. I was at the hospital myself. She died the next day when we took her to the Holy Family Hospital”

“All ‘mallams’ in the world are in Techiman. The whole West Africa I don’t see a town with more mallams than Techiman. The chiefs and police officers have been taking percentage from these mallams,” he narrated.