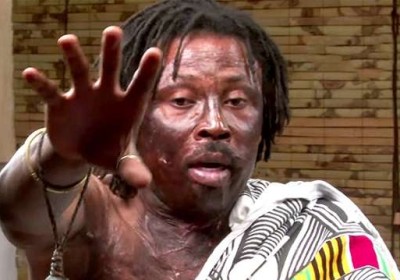 Fetish priest and traditionalist, Nana Kwaku Bonsam has said he will be in Ghana’s Parliament in 2024 after learning from the mistake that made him loose the contest in the last election.

Speaking to Onua News Monday, July 25, 2022, the notorious fetish priest noted his failure to consult his gods earlier of his intentions of becoming a legislator cost him the poll.

He says he will send the gods to Parliament to curb corruption and embezzlement.

The ‘Kofi o Kofi’ servant said he will, this time around, consult the gods early in order not to chalk defeat again.

“By the time I consulted the gods they said I shouldn’t go. But I had already filed and paid the fee. In 2024, I will do the consultation early. There is so much corruption and embezzlement in Parliament and I will send the gods there to tackle it,” he said.

Speaking on the usage of the Ghana card to vote, the Offinso North Parliamentary Candidate Hopeful said the voters ID is the only identity for voting and not the Ghana card.