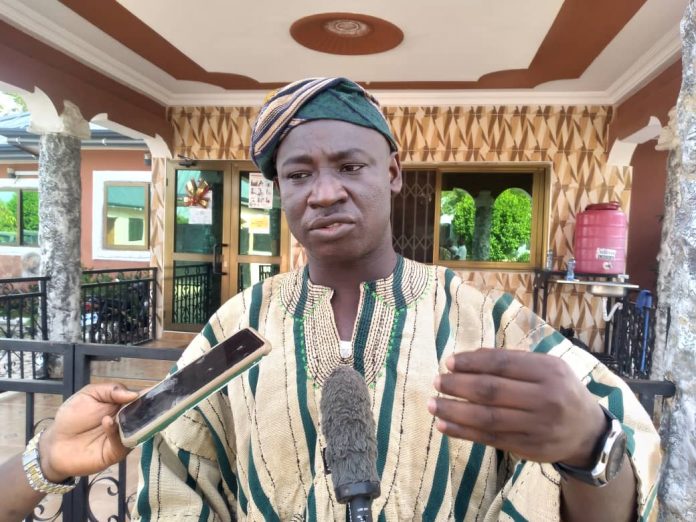 The Member of Parliament for Bunkprugu-Nyankpaduri constituency in the North East region, Abednego Bandim, is calling on the government to deploy more security personnel to Garu, Bunkprugu and its environs.

This according to him is to prevent attacks from suspected Jihadists who are believed to have pitched camp in these areas through Ghana’s porous borders with Burkina Faso and Togo.

The Ministry of National Security few days ago, issued a statement on a suspicious movement of people believed to be Jihadists around Garu and Bunkprugu areas.

The MP noted he wasn’t surprised to hear of the possible presence of the terrorists in town due to Ghana’s borders with Togo who had had a recent attack with some victims being military personnel.

His plea is for the security operatives to be extra prepared to prevent any such attacks on Ghana. He spoke with TV3’s Mohammed Rabiu Tanko.

“It came as not surprising to me, even as shocking as it was to many people. Because, we share borders to our neighbouring country Togo and recently we all heard about the happenings in Togo when the Jihadists invade the community and killed even some military in that country. So as a border town, I am not surprised that maybe these people have extended their activities trying to enter into our country Ghana using the North East border with Togo, so I’m not surprised at all.

“What we only need to do is to tighten up our security and I’m sure working with the security operatives on the ground, they are very much prepared to ensure that those characters are arrested if they ever enter into the constituency,” he stated.

Mr. Bandim disclosed that even though activities of terrorists are very alarming, he believes the security operatives are up to task to handle them.

Meanwhile, he has sponsored a media campaign for his constituents to abreast themselves with what’s at stake, devoid of any fear and panic in such times.

“There is some amount of tension because if you saw videos of what they did in Togo, and you hear that, they are getting closer, you will be concerned. So there is some tension, but of course the security agencies are also up and doing.

“I had a call from the commanders on the ground, both the police, Immigration and National Security asking me to assist them in propagating or educating our people. So I have sponsored some media education programmes which is currently ongoing and we intend that after the first one, almost every two, three hours, it will be repeated so that the people will understand what their responsibilities are so that they don’t live in fear”.