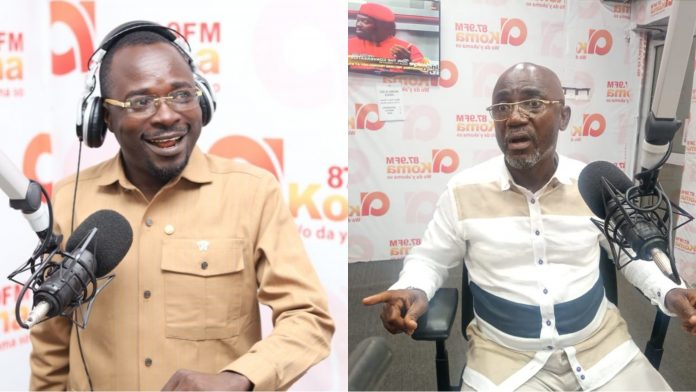 Mr. Obimpeh says Kofi Asante contributed 40 per cent to the NDC failure in 2016.

He explained that “prior to the 2016 elections Kofi Asante Ennin launched his facts finding mission dubbed ‘Green book’ which sought to bring to bear some projects the then government touted they had achieved, and that green book project really affected the NDC and it contributed to almost half of the party’s failure especially in Ashanti region”

The erstwhile regional chairman for the NDC in Ashanti region who is now seeking to be reelected into power was speaking on Akoma FM’s current affairs and political show GhanAkoma Tuesday November 8, 2022.

As part of his campaign trail he spoke exclusively on GhanAkoma to sell his ideologies for delegates to vote him into power to steer NDC to victory in 2024.

He said Kofi Asante’s constant attacks on John Mahama under the pretence of his fact finding green book agenda made the NDC look unpopular and unattractive.