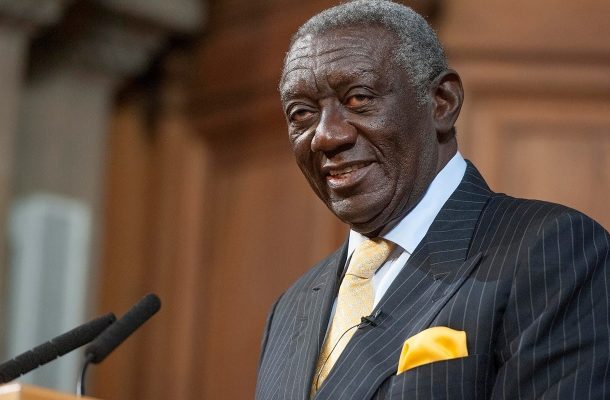 Former President John Agyekum Kufuor has berated the dwindled commitment in the New Patriotic Party, saying the spiraling factionalism is dividing the front.

Speaking with TV3’s Alfred Ocansey Thursday, July 14, 2022, the three-time leader of the NPP said current circumstances in the party compared to the past would only divide the party’s numerical force.

Ghana’s second president in the Fourth Republic noted “some of us feel that practice-wise perhaps the commitment to the liberal democratic principles might not be as pure and the same as it used to be even around 1992. Now, I don’t think that commitment is the same.”

It will go into the next general elections in 2024 with a fresh candidate.

The party will from Friday, July 15 to Sunday, July 17 scale the last hurdle before it goes for its presidential primary.

Mr Kufuor, who occupies the privileged position of the only former president in the party, says anytime the party goes through a process of selection, there is always an aftermath rift and that does not augur well for its fortunes.

“The way I feel it, I don’t sense same strong commitment in earlier times, almost like a religion, now.

“I sense there is too much talk about factionalism. If you’re talking proper democracy, and an inclusive one, you wouldn’t emphasise factions. Once the practice of say selecting polling station, organisational committee or constituency or national, it wouldn’t be so divisive and emphasising factions.”

He later observed: “But these days, I get the feeling after we’ve gone through the process of selections, there seems to be a rift that seems to be deepening which shouldn’t be the case.”

[PHOTOS] Queen Elizabeth II: Check her full name and some moments she shared with some presidents from Ghana