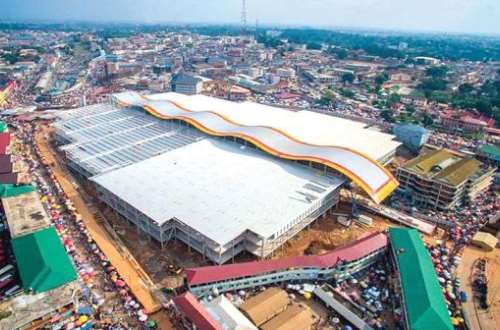 Businesses at the Kejetia Market have come to standstill after some burst pipes flooded several shops within the market Friday morning.

The traders woke to see almost all their goods and produce soaked heavily in the flood. They complain the consistent pipe bursts have been woefully affecting their business.

This is not the first time such incident has happened. At least for the third time this year, the traders have been subjected to several pipe bursts which always flood the market.

The traders who sounded angry want city authorities to compensate them to waive off the huge loses the pipe bursts have been causing them.

They further appealed to city authorities to as matter of urgency fix the situation and ensure consistent maintenance to avoid such pipe burst from recurring.