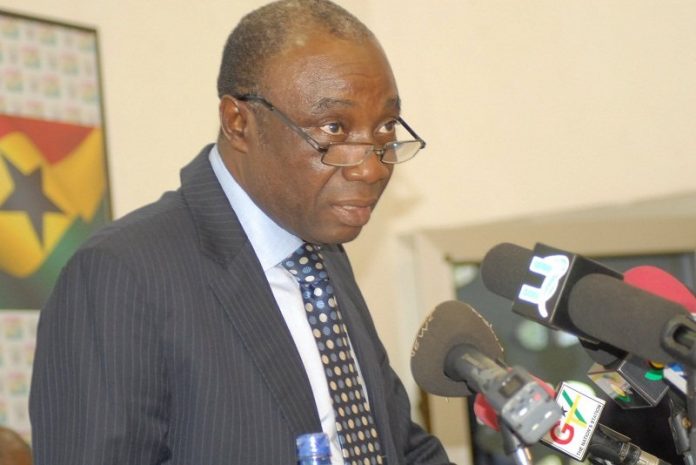 He says the Minister should resign for the appointment of a new person due to the position he held on Ghana seeking a bailout from the Fund.

The former Power Minister says Mr. Ofori-Atta’s stance and comments on the IMF may let him approach the negotiations at a pace that may be detrimental to the success of the bailout.

He has said Parliament may be forced to oust him if he refuses to resign.

“It is in the light of this that I call on Honourable Ken Ofori-Atta, as a matter of national duty and in order to save the little honour left, that he does the right thing and tender in his resignation. He can still act as an advisor to the government in the negotiations but not as the Minister responsible for Finance,” Mr. Donkor has said at briefing with the media in Parliament Thursday, July 7, 2022.

The former Power Minister furthered “we have gotten to a level in our pollical development that ministers must begin to take responsibility. A Minister who categorically stated that we will never go to the IMF cannot be dragged unwillingly to IMF to lead our negotiations if we love our country.

“Parliament has the power to ask him to go and Parliament must act. I am very passionate about this because Ken Ofori-Atta must resign to give the president a free hand to choose somebody to lead these delicate negotiations.”

The Government of Ghana on Friday July 1 announced that it was seeking support from the IMF.

This followed a telephone conversation between the President and the IMF Managing Director, Kristalina Georgieva, conveying Ghana’s decision to engage with the Fund, a statement by the Ministry of Information said.

Accordingly, the IMF staff team, led by Carlo Sdralevich, mission chief for Ghana, arrived in Ghana on Tuesday July 5 to begin initial discussions with the Ghanaian authorities about a possible IMF-supported programme.