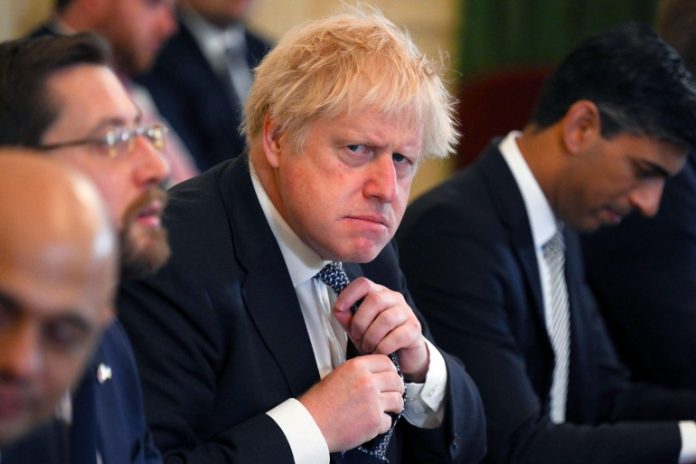 Former British Prime Minister John Major has added his voice to calls for Boris Johnson to be replaced immediately, rather than be allowed to remain as a caretaker leader, saying that Johnson’s cabinet may struggle to “restrain him”.

Major said on Thursday it was “unwise, and may be unsustainable” for Johnson to remain in power for several months.

That call was echoed by several Conservative members of parliament who said Johnson’s behaviour in refusing to resign earlier this week means he should be forced out before the leadership contest, a process that could take months.

“The proposal for the prime minister to remain in office – for up to three months – having lost the support of his cabinet, his government and his parliamentary party is unwise, and may be unsustainable,” Major said in a letter.

“Some will argue that his new cabinet will restrain him. I merely note that his previous cabinet did not – or could not – do so,” he said.

Johnson announced on Thursday his resignation as the United Kingdom’s prime minister after he was deserted by cabinet ministers and many Conservative Party lawmakers who said he was no longer fit to govern. But he has defied pressure to step down immediately, insisting he planned to stay on as prime minister while his party picks his successor.

In his resignation speech at the door of Number 10 Downing Street, Johnson thanked his voters: “Thank you for that incredible mandate, the biggest Conservative majority since 1987, the biggest share of the vote since 1979.”

“And the reason I have fought so hard in the last few days to continue to deliver that mandate in person was not just because I wanted to do so, but because I felt it was my job, my duty, my obligation to you to continue to do what we promised in 2019.”

Simon Hoare, a Conservative member of parliament, said Johnson’s behaviour meant he had forfeited the right to remain as a caretaker leader.

Another Conservative lawmaker said: “We need to be rid of Boris as soon as possible. He’s too toxic.”

Chris Bryant, a member of parliament for the opposition Labour Party, said Britain needed an established government to deal with the twin challenges of a cost-of-living crisis and the war in Ukraine.