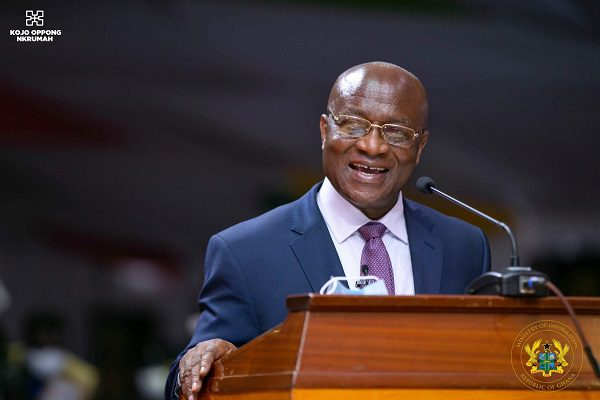 Majority Leader in Ghana’s Parliament, Osei Kyei-Mensah-Bonsu has been voted and elected by the Executive Committee of the Commonwealth Parliamentary Association (CPA) to be the CPA Acting Vice-Chairperson.

To that end, he is expected to join the Executive Committee meeting which will be taking place 27 – 30 September 2021.

During the polls, he managed to beat his contender Garry Brownlee of New Zealand by 10 votes difference. He obtained 19 while Garry polled 6 votes.

Stephen Twigg, Secretary-General Commonwealth Parliamentary Association in a statement said “Following my letter dated 05 July 2021 announcing two nominations – Hon. Osei Kyei-Mensah-Bonsu, from the CPA Ghana Branch and Hon. Gerry Brownlee, from the CPA New Zealand Branch, as the candidates for the position of the CPA Acting Vice-Chairperson, we have now reached the voting deadline.

Thank you to all Members who have emailed and cast their votes in the election. The voting of the CPA Acting Vice-Chairperson was undertaken in accordance with Article 21(6) of the Constitution, which allows for an election of Acting Vice-Chairperson in the absence of a formal meeting, an election to determine the successful candidate with a simple majority vote will take place by an email ballot of the Executive Committee Members.

The votes for the two candidates were counted and the results are as follows:

“As such, I am delighted to confirm that Hon. Osei Kyei-Mensah-Bonsu from the CPA Africa Region, has been voted by the Executive Committee to be the CPA Acting Vice-Chairperson. We look forward to welcoming Hon. Osei Kyei-Mensah-Bonsu at the upcoming Executive Committee Meeting, taking place 27 – 30 September 2021. Should Members have any queries, please do not hesitate to contact me.”