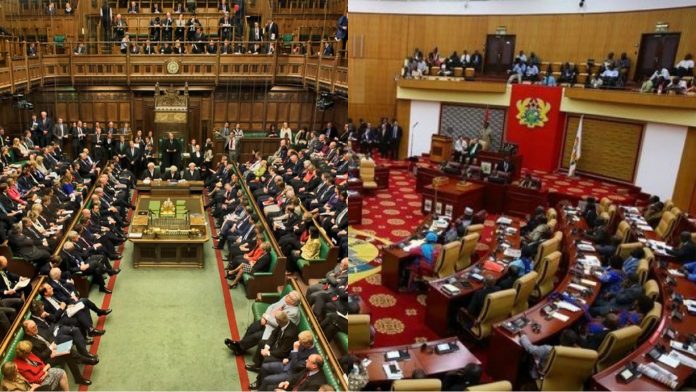 UK Parliament has invited members of the Constitutional, Legal and Parliamentary Affairs Committee of Ghana’s Parliament to a meeting over the anti-gay bill, Chair of the Committee, Kwame Anyimadu-Antwi, has revealed.

He also said they are going to discuss issues relating to the death penalty.

He told TV3 in an exclusive interview that the lawmakers will be leaving Kotoka International Airport (KIA) on Sunday June 12 and then walk into the meeting on Monday June 13.

“One is the death penalty in Ghana. You will realise that when you are convicted of murder you have to be killed by hanging but no president, to the best of my knowledge, had actually appended his signature for the person to be killed. Even though they are convicted to prison and then they go to condemn prison and it remains there. Now, the argument, and this is actually initiated by one of the Members of Parliament, Honourable Francis Sosu , MP for Madina, that we must actually scrap this from our statutory books.

“It is one of the subjects that we have to deal with. Amongst other things we have to meet Ghana Mission and then we also discuss this LGBTQ. Particularly, I am interested in it because we have a law, that emanated from our colonial masters in our static books which says that unnatural canal knowledge is an offence but they happen to pass the LGBTQ, they are not in favour of it . We are seeking to pass a bill that will go against the. How did they get there. I will be interested to know.

“The invitation came to the Speaker and the Speaker forwarded it to the Committee. Four members of the committee including myself and the ranking member will be attending this important meeting. We take off on Sunday, we were supposed to have gone today but because of flight arrangement we will go on Sunday so we walk into the meeting Monday morning and by Wednesday we are done,” he said on Saturday June 11.

The controversial bill has divided opinion in the Ghana.

While some, particularly the religious and traditional groupings, supported the Bill and hopeful of its passing, others say it could incur the wrath of the international community against Ghana.

The bill is being promoted by Ningo Prampram lawmaker Samuel Nartey George and some of his colleague legislators.