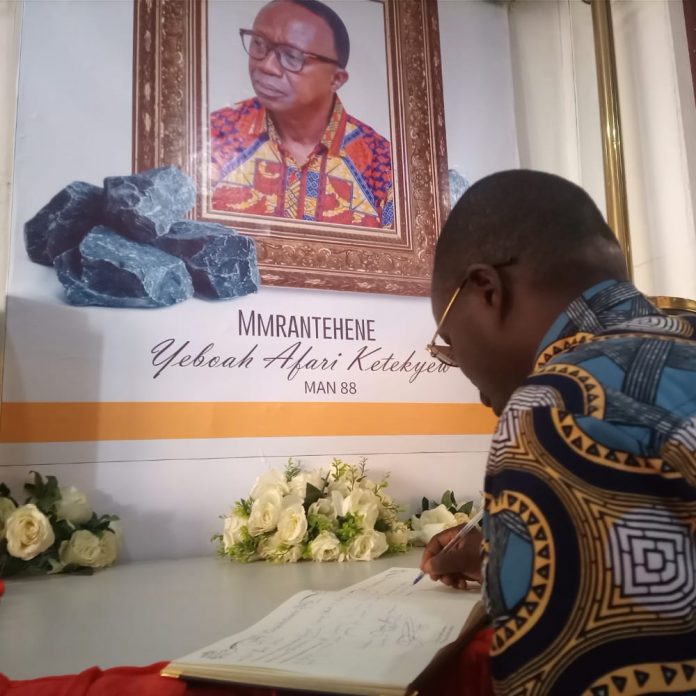 The Akoma FM team on Thursday afternoon September 22 2022, visited their sister station at Suame as tradition demands to sympathize with staff of Sompa and family of the deceased Yeboah Afari aka ‘Man 88.’

Mrantehene, stalwart within the Media fraternity passed on on Saturday, September 17 after a short illness. The radio gem was a torchbearer within the radio evening belt with his notable mysterious style of radio programing and flare.

The radio legend before his sudden demise was the Akwamuhene of Asokore Mampong. His death has come as a big blow to the radio fraternity and Asanteman in general.