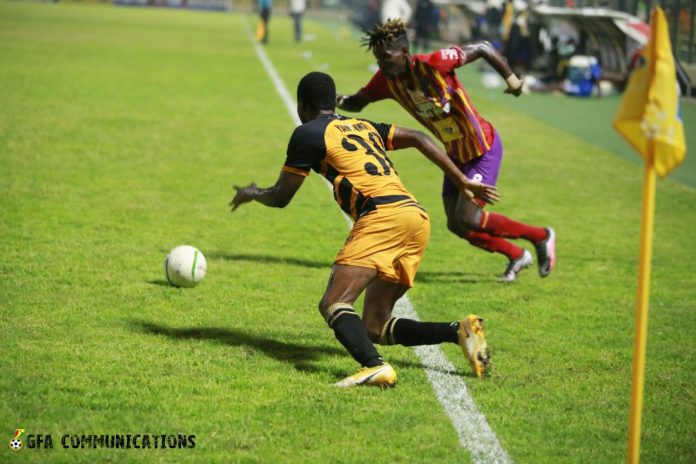 Hearts of Oak beat AshantiGold on penalties to lift the MTN FA Cup for the 11th time and seal a domestic trophy double this season.

The Phobians won the tense penalty shootout 8-7 after the game finished 0-0 following extra time at the Accra Sports Stadium on Sunday evening.

Goalkeeper Richard Attah emerged as the hero as his goal turned out to be the winner after his opposite number Kofi Mensah skied his effort.

Before that, Ashgold Seth Osei was presented with the perfect opportunity to win the trophy for the Miners after Hearts midfielder Benjamin Afutu missed, but the right-winger failed to convert.

The victory comes almost a month after Samuel Boadu’s side secured their first Ghana Premier League title in 12 years.

Adding the FA Cup to their league title means Hearts of Oak have now won six domestic doubles, the most by any club in Ghana.

AshantiGold would be disappointed as they were chasing their first major trophy since 2015 when they were crowned champions.