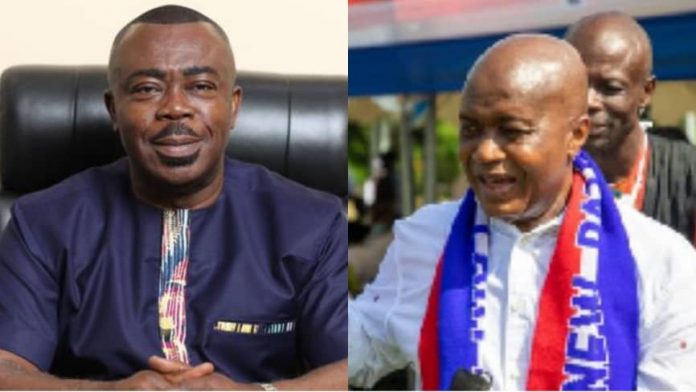 A Kumasi Technical University’s (KTU) Senior Research Fellow at its Centre for Social Science Research, Dr. Smart Sarpong has the race for the Chairmanship of the ruling NPP is between the two Stephens.

According to him, a survey he conducted though yet to be validated suggests either Stephen Ayesu Ntim or Stephen Asamoah Boateng will emerge as the victor in the upcoming national elections of the New Patriotic Party (NPP).

Speaking on TV3 News Thursday, June 23, 2022, the researcher ruled out four candidates from the eight who have been cleared to vie for the party’s chair, slating Prof. Christopher Ameyaw Akumfi as a third force who may pull a surprise.

The candidates he ruled out were Sammy Crabbe, Jospeh Ayikoi Otoo, Kwabena Abankwa-Yeboah, Akwasi Osei Adjei and the only female, Gifty Asantewaa Ayeh.

“I would want to exclude some of the aspirants based on what I’ve heard from the grounds. Gifty, Abankwa-Yeboah, Sammy Crabbe, Akwasi Osei Adjei, Ayikoi Otoo.

“The race is between the two Stephens. I won’t be surprised if one of them wins. I won’t personally be surprised but I think it’s the year of the Stephens. I did a personal survey and the two were in a lead. They’re now going to speak to the delegates but as it stands, the two are in a lead and after speaking to the electorates, I’ll validate the survey and come out clearly. But a third force who can pull a surprise is Prof.,” he noted.

The National Elections Committee of the NPP yesterday, June 23, 2022 cleared 48 aspirants to contest for the various national positions.

Meanwhile, some sources indicate three of the aspirants were disqualified but have the chance to appeal against their disqualification.

The appeal process may give them a window of opportunity to take part in the next month conference to elect the national officers.