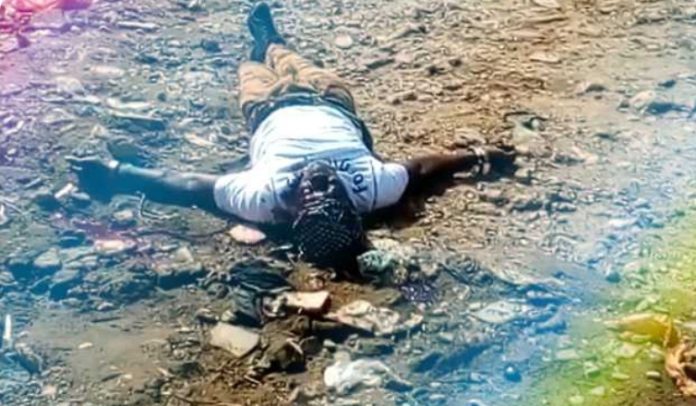 One person has been shot dead at Kokrobite in the Ga South Municipality of the Greater Accra Region.

This follows a shooting spree between two different groups during the performance of rituals for the lifting of ban on noise making.

Onua TV’s Nana Yaw Asare reports that whilst one of the groups was with the kinsmen performing the rituals, the other came to oppose it resulting in the shootings.

One of the groups, Nii Armah, said they have a dead relative and for that reason, the performance cannot be carried out whilst the other, Nii Ofei group, insisted the rituals must go on.

This brought about the disagreement and shootings killing one and injuring two others.

During the gunshots, two persons were hit. 35-year-old Mary and a 15-year-old girl who have both been sent to the Kokrobite hospital for treatment.

All the chiefs involved in the activities have fled the area with the police taking over the place now.